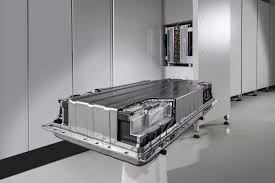 Daimler has announced that the company will purchase batteries worth 20 billion euros (USD 23 billion) which will power its range of future EVs. Daimler has ambitious plans to launch EVs belonging to both the Mercedes-Benz and Smart brands in addition to commercial vehicles like vans, trucks, and buses.

Daimler’s goal is to offer an electric variant of every Mercedes model by 2022. These electrified models might be mild hybrids, plug-in hybrids, hydrogen fuel cell vehicles or pure battery powered EVs. By the year 2025, Daimler plans to have battery-electric cars account for 15 to 25 percent of its global sales. According to the current timeline, Daimler’s first mass-market battery-powered Mercedes which will be called the EQC Crossover will be available for sale in the US market from 2020. Smart EV are already available on an exclusive basis in the North American market.

Daimler’s commercial vehicle divisions will also push ahead with their electrification strategy. The company has already manufactured small numbers of electrically powered commercial trucks its Fuso, Freightliner, and Mercedes brands. Daimler also plans to launch an electric variant of the Mercedes Sprinter van, and is investing in electric bus manufacturer Proterra. Recently, Daimler’s Thomas Built brand teamed up with Proterra on the prototype of an electric school bus.

All the new electrified vehicles will need batteries and Daimler is planning to source these batteries from third party suppliers with whom it has finalized contracts through 2030. The company did not divulge the names of the suppliers it has signed deals with. Daimler is also conducting research to develop new battery technologies, with the key focus being on methods to reduce the use of materials like cobalt in the battery cells.

Daimler is planning to invest an amount of 1 billion euros ($1.1 billion) in a global network of factories to assemble the battery cells into battery packs that will be installed in vehicles.