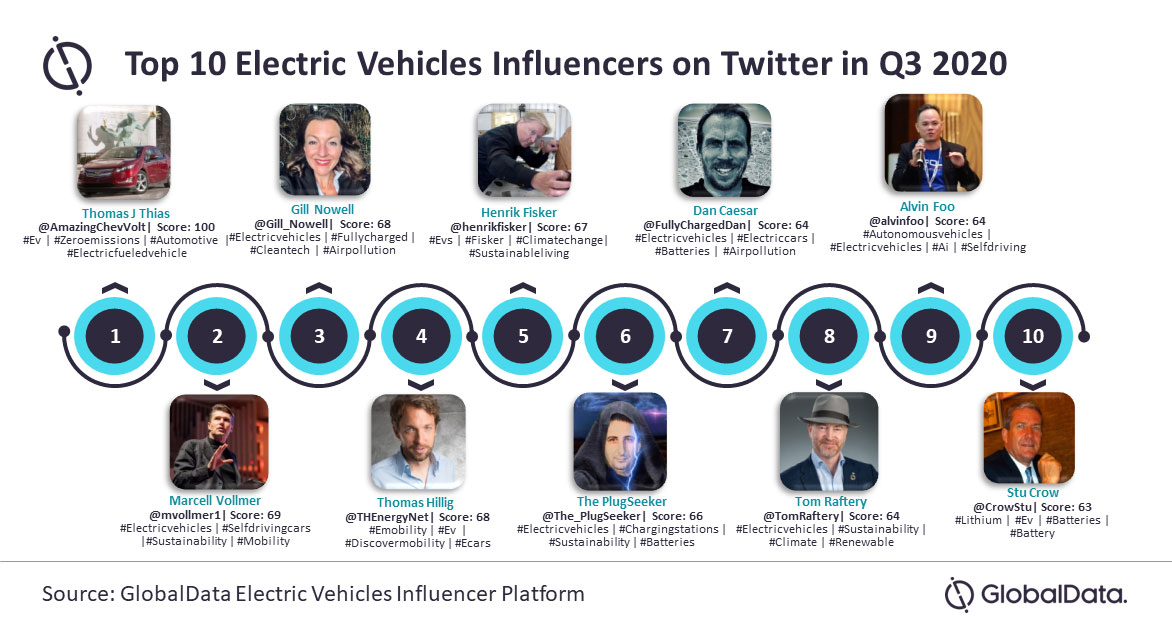 Batteries emerged as the most mentioned trend followed by electric cars and self-driving among the electric vehicles (EV) influencer discussions on Twitter during the third quarter (Q3) of 2020, according to GlobalData, a leading data and analytics company.

The discussions around batteries revealed about the Tesla’s ‘Battery Day’ event, which was held in late September, when Elon Musk announced to redesign lithium ion battery with nickel cathodes instead of cobalt to build affordable EVs. Soon after the event, Tesla signed a five-year contract with Australia’s Piedmont to supply lithium ore mineral.

Tesla emerged as the most mentioned company among the EV influencer discussions, followed by Volkswagen and General Motors on Twitter, according to GlobalData.

Nishad, Influencer Analyst at GlobalData, comments: “The discussions related to Tesla revealed that model 3 sales in China rose in July and managed to recover from the pandemic in terms of revenue and sales, and the company became the seventh-largest US company by market capitalization with its stock-split decision.”

An analysis of GlobalData’s Electric Vehicles Influencer Platform, which tracks more than 200 leading industry experts and their discussions pertaining to the emerging trends, pain areas, new fields of innovation and other popular areas on Twitter, revealed clean energy consultant Thomas J Thias, who largely shares updates on EVs and advancements in energy storage and renewable resources, as the top influencer during Q3 2020.