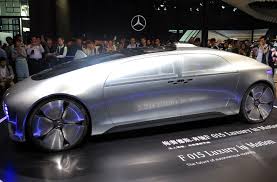 The Consumer Technology Association has announced that the 2018 edition of the CES Asia show will feature the largest vehicle technology exhibit ever. Many major automotive manufacturers and vehicle technology companies will use the show to launch new concept cars and self-driving technologies. The automotive world is evolving at a fast pace and vehicles are becoming increasingly safe and connected.

Visitors to CES Asia audiences will be able to see firsthand the latest developments in self-driving vehicles and more interactive features, like more integrated applications of artificial intelligence. One such company which will be participating in the show is Horizon Robotics, which has developed an embedded AI solution serving as the “brain” of self-driving vehicles. Baidu has plans to conduct driving demos of self-driving level 3 (conditional automation) and self-driving level 4 (high automation) technologies on the sidelines of the show on a newly expanded area outdoors.

John T. Kelley, senior director, international programs and show director, CES Asia said that Asia is the perfect market for the advancements in self-driving technology as the major cities in the region will highly benefit from the new technologies. These technologies can minimize human error, increase safety and provide better mobility for people who can’t drive like seniors and those with disabilities.

Kelley added, “Those capabilities will all be at CES Asia with the latest in concept cars and demos. Hyundai offered self-driving rides during the Winter Games in PyeongChang and attendees will be wowed by what they bring to CES Asia as part of our interactive show floor.”

Hyundai will use the show to debut Nexo, a fuel cell electric vehicle that the company says can cover 370 miles on a single charge, which is 105 more than its predecessor. The model’s performance too is better with increased acceleration and power to improve the overall performance, while its only tailpipe emission is water.

CES Asia will witness participation by 56 automotive exhibitors and will be almost 50 percent bigger than the 2017 edition of the show. Baidu, BYD, Continental, Honda and Hyundai are companies which are returning to the show while first time participants include 3M Auto, BYTON, KIA, FAW Hongqi, Guangzhou Auto Engineering Institute, Leapmotor, Mitsubishi Electric Automotive, Soling, Singulato and United Automotive Electronic Systems.

The CES show is owned and run by International CES (Shanghai) Exhibition Co. Ltd. and co-produced by Shanghai Intex. The show will be held from June 13 to 15, CES Asia at the Shanghai New International Expo Center (SNIEC) and will showcase major brands and innovative companies across several vertical markets in the Asian marketplace.