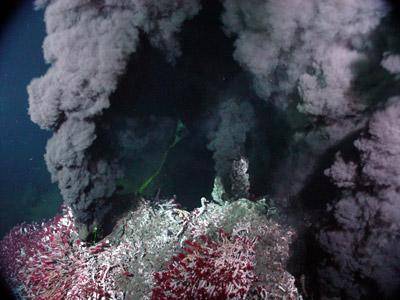 Scientists have found a treasure trove of rare earth metals in Japanese waters that could ease China’s stranglehold on the supply of such materials for the automotive industry. The newly discovered reserves of materials like terbium and dysprosium could be used in gadgets like mobile phones and electrified vehicles and Japanese scientists termed the discovery off Minamitorishima island as one that could supply demand on a “semi-infinite” basis.

The team of scientists which surveyed the find comprised representatives from universities, businesses and government institutions and said the area was very rich in what they called some of the most critical elements for modern society. Based on their initial discovery, they projected that an area covering 2,500 square kilometers could contain as much as 16 million tons of the valuable elements.
The researchers published an article in the journal Scientific Reports, saying that the mineral deposit could supply these metals on a semi-infinite basis to the world.

For example, the amount of dysprosium that are a part of the reserves and are used for making components in nuclear reactors could last as long as 730 years.

Japan has in the past faced serious shortage of rare earth elements in the past when China has curtailed exports of these elements.

The authors of the study said that they were spurred to conduct commercial mining for deep sea resources by potential risks of supply shortages for critical metals including rare-earth elements and yttrium.

Hydrothermal vents and metallic nodules at the bottom of the ocean are rich in many valuable metals like gold, copper and manganese. One main barrier has been the lack of technology that is sophisticated enough to extract these minerals in a manner that is commercially viable. It is only recently that such technology has been developed.

The International Seabed Authority, which regulates the sea floor within international waters, is currently formulating rules to prevent areas of scientific or ecological interest from being mined so that there is minimal impact on marine ecosystems.