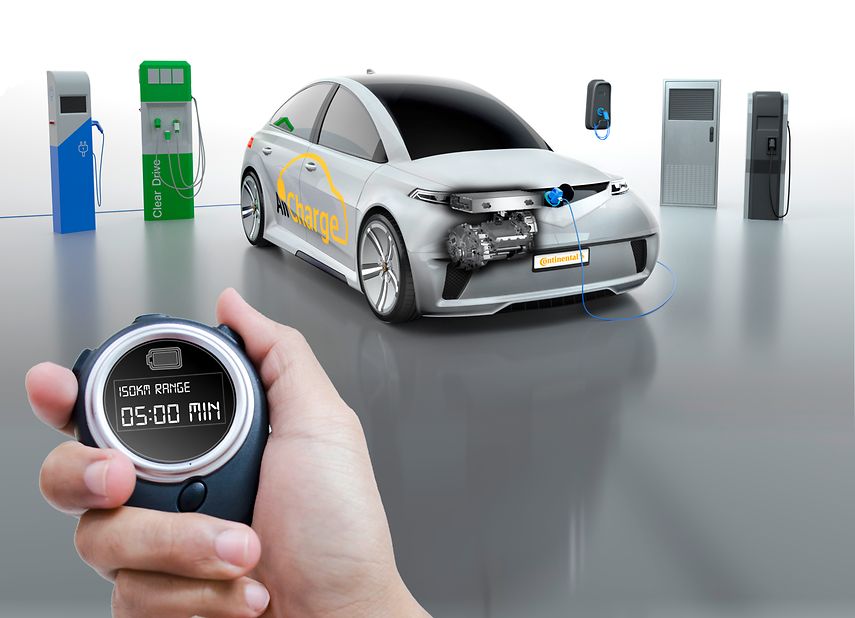 Continental used the Consumer Electronics Show (CES) Asia which was held from June 13 to 15 in Shanghai to showcase the intelligent products the company has developed for vehicle networking, safety, and efficiency. The technologies displayed covered both hardware and software components and ranged from pedestrian recognition using artificial intelligence (AI) to efficient and secure vehicle networking. One of the highlights at the CES show was the Computer-Vision. Visitors to the Continental booth experienced the power of the system in a live demonstration as the artificial intelligence behind the camera recognized and interpreted the movements of visitors to the show.

Enno Tang, President and CEO of Continental China explained that horsepower and top speeds are no longer the criteria used to assess the development of the automotive industry. The focus is on making safe, clean, intelligent, convenient mobility solutions available to users. This is why Continental chose to showcase cutting-edge technologies, solutions and services meant for the future at CES Asia.

At its booth, Continental demonstrated the key role AI will have in shaping mobility in the future. Continental’s fifth generation of its multifunction camera uses neural networks and smart algorithms as well as traditional computer vision processes to interpret the intentions and gestures of pedestrians. The intelligent camera is slated to go into production in 2020, and is notable for its 8 megapixel resolution and aperture angle of up to 125 degrees. Both these features are used to recognize potential obstacles at quite an early stage.

Some of the camera’s functions include recognizing distracted “smartphone zombies” and pedestrians. It has the capability to interpret gestures like fully outstretched arms as the signal to stop. The camera demonstrates detailed understanding of complex traffic situations and will serve as a key component of new advanced driver assistance functions and of automated driving. Only a system that has such advanced capabilities and can categorize its perceptions just like humans do can make the right choices even complex traffic scenarios.

With the help of AI algorithms, Continental’s Computer-Vision platform predicts the alertness of the pedestrian as well as any gesture of the body using the images captured by the camera, just like an experienced driver would instinctively recognize a situation as critical and prepare for action.