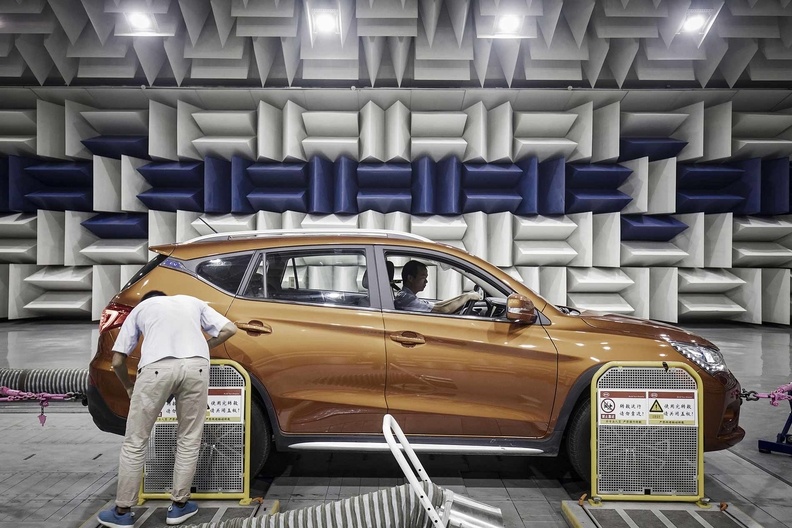 BYD’s founder, Wang Chuanfu said in an online press conference that the company which is based in Shenzhen now makes and sells components like electric-car batteries, powertrains and lights.For its parts business, BYD will use the brand name FinDreams. The company has been the biggest manufacturer of electric cars in China for the past six years.

Sales of electric cars in China have slumped since July, when the country reduced subsidies to those who buy electric cars. The outbreak of the coronavirus pandemic led to further decline in sales. BYD is now relying on the new parts business to help it offset this slump in sales.

BYD was initially established as a manufacturer of batteries for mobile phones and over the past 20 years, has expanded into new businesses. The company ventured into the manufacture of electric cars in 2003 with its first vehicles powered by lithium-iron-phosphate batteries becoming available in 2006. It then went on to add electric buses, utility vehicles, energy storage equipment, monorail and insulated gate bipolar transistors to its product range.
Wang stated during the press conference that the company had started manufacturing face masks to help tackle the spread of the coronavirus, and has already reached a daily production capacity of 10 million units.

BYD has versatile manufacturing operations and this has helped the firm to become self-reliant in terms of components for electric cars. Till recently, it had only made components for its own use. Now, the company is seeking to extend this facet of its operations and leverage a potential recovery and future growth of the market.

The annual value of batteries used in electric cars, electric buses and related energy storage is set to increase about 10 times to reach USD 500 billion by 2050, according to Sanford C. Bernstein & Co.

Earlier this month, BYD had unveiled its “Blade battery” which the company said is safer, more compact and is cost-competitive when compared to conventional batteries. According to He Long, who heads BYD’s car battery business, the firm is in talks with many car manufacturers regarding collaboration on the product.
In 2019, BYD had finalized an agreement with Toyota regarding collaboration on supply of EV batteries and joint product development. BYD had also worked with Daimler on making Denza brand electric vehicles.