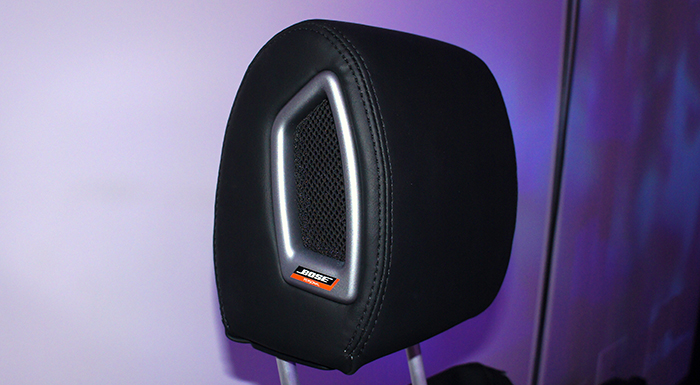 Bose’s New Car Audio Puts the Sound in Your Head

Last year, the Mazda Miata made its global premiere featuring the option for a premium 9-speaker Bose audio system, with four of those speakers in the headrests of this little two-seater. Similarly, the new Cadillac CT6 flagship sedan will feature the 34-speaker Panaray system, also with headrest speakers.

At the recently concluded CES, Bose gave a demo on how it would establish future car audio systems around this headrest concept for cars from the low to high end.

Typically, car audio systems use speakers that are mounted in A-pillars, doors and the rear shelf, if there is one. By adding a center-fill and subwoofer, car occupants will enjoy a good-sounding system. However, with the growing interest in premium car audio, Bose is searching for some creative ways to improve the audio experience, even in extremely affordable cars.

Utilizing a Nissan Juke, the American company demonstrated its all-new Small Vehicle series branded audio system. Here, two new midrange speakers mounted in the doors offered the lower half of the frequency spectrum, while two tweeters on the A-pillars filled in the high end. Plus, thanks to the addition of two speakers in each headrest that significantly improved the sound and gave it an immersive quality.

Small Vehicle series is currently not available in a production car, as Bose tries to sell carmakers on the idea. According to a Bose representative, the company was aiming around a $400 option price, making it an affordable addition for small car buyers.