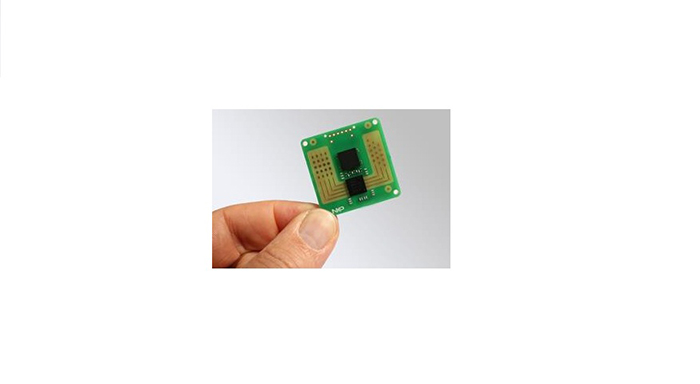 NXP Semiconductors is now taking its position in the industry to the next level with its recent announcement of the next phase in innovation for its market-leading automotive radar portfolio: the globe’s tiniest single-chip 77GHz radar transceiver (7.5×7.5 mm) with very high resolution performance.

Radar is a key technology in existing and upcoming Advanced Driver Assistance Systems (ADAS), as it offers accurate data about the surrounding driving environment, eventually making life safer for drivers and commuters on the road. The working prototypes of the RFCMOS IC are in the hands of the lead customers of NXP and they are also presently being field tested by Google engineers who are working on the self-driving cars project.

The NXP chip allows a new generation of radar sensor assemblies, approximately the size of a postage stamp that can be incorporated “invisibly” anywhere in the car – a huge advantage for car designers as the number of sensors progressively increases on the road towards automated driving. It consumes 40 percent lower power than traditional radar ICs. Included in the key safety applications are adaptive cruise control, emergency braking, cross-traffic alert, automated-parking and blind-spot monitoring.

According to Torsten Lehmann, establishing the world’s smallest and fully integrated 77GHz chip would pave the way for autonomous cars and drive heightened ADAS adoption in the volume market. He added that in autonomous cars, a ‘cocoon’ of radar sensors is needed to offer a high-resolution, 360-degree view of the environment. “This is a real challenge using traditional, bulky radar hardware. Manufacturers are also eager to replace existing ultra-sonic based park distance control systems with “invisible” radar sensors and avoid unattractive holes in the bumper while improving performance and features.”

Forecasts say that radar-based ADAS will have a high penetration over the next years with IHS Research projecting the market to escalate to over 50 million radar sensors in 2021, a 23 percent annual increase from today. NCAP is also a growth driver for ADAS systems. It is found worldwide and provide rewards programs for proven ADAS systems, such as pedestrian protection systems and autonomous emergency braking.

Following the successful completion of its merger with Freescale Semiconductor on December last year, NXP is now a full-fledged leader in offering ADAS solutions to the automotive market. The all-new RFCMOS IC is an outstanding extension of the company’s existing strong radar IC portfolio. Included in the combined product offering is an array of market-leading 77 GHz transceivers for long, mid, and short-range radar applications, scalable from entry levels to premium vehicles, as well as top-performing radar signal processors and MCUs.

Over one million radar ICs have been shipped to date. The strengths of both companies pave the way for up-integration in the future: a single-chip automotive radar SoC, which includes front-end and baseband processors on a monolithic die for the next generation of radar ICs.