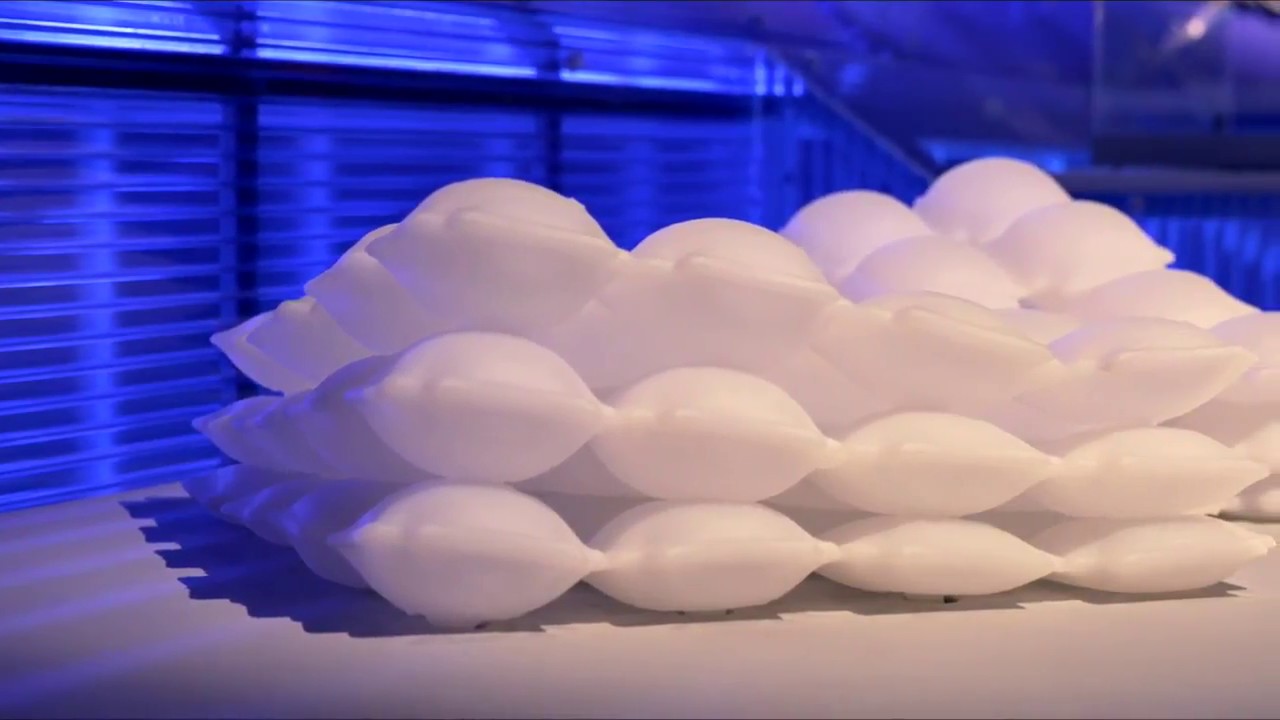 MIT and BMW are collaborating on the development of a 3D printed, inflatable, stretchy material which could potentially transform the car interiors of the future. Currently, inflatable materials are already used in airbags and some seating components. However, they are not used in other parts of the car as the thin, stretchy material that is needed for making inflatable components can be difficult to work with.

MIT’s Self-Assembly at the Massachussetts Institute of Technology collaborated with BMW on a new process that it called Liquid Printed Pneumatics. The process involved the use of a printer to squeeze liquified materials into a vat of gel, where the shape gradually hardens. While 3D printers normally work with hard plastics, at the MIT lab, they were able to print 100 percent silicone rubber into complex forms which incorporated clusters of air chambers. These air chambers can be programmed to inflate or deflate thus making the material inflatable.

According to Skylar Tibbits, the co-director and founder of the Self-Assembly Lab, it is like programming with air. He compared the process to replacing the zeros and ones of binary code with different pulses of air.
The process results in the production of a material that looks like it can live and breathe. BMW has been working on such futuristic inflatable car concepts for more than 10 years. Once such concept is that of a car with a flexible outer skin that can morph. Another concept is an analog dashboard fashioned from moving, inflatable surfaces which can warn drivers of obstacles ahead.

Such inflatable materials could be used to make car interiors that are fully customizable. Dashboards could change shape and seats could be folded away when not needed to make room for cargo. It would be possible to merge and inflate seats and reconfigure them into different orientations based on the needs of customers. The seats could be made as hard or soft as they like and the airbags too could be redesigned. All it might need might be the flick of a switch.