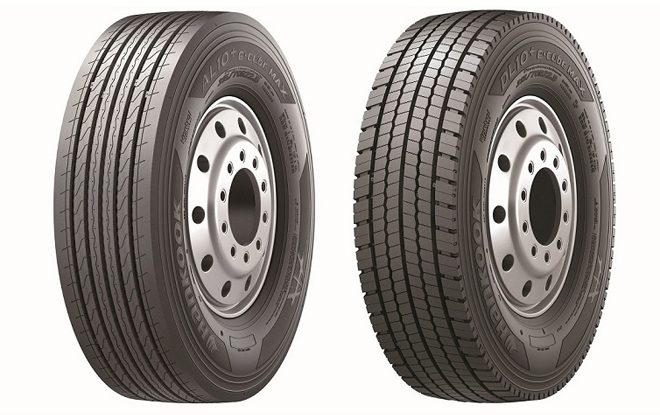 Leading tire manufacturer is expanding its OE portfolio by leaps and bounds. The company recently finalized a deal to become an OE supplier for Scania. Scania is one of the subsidiaries of the leading Volkswagen Group, which is one of Hankook’s largest OE customers on a global basis.

Initially, Hankook’s OE supply agreement with Scania will pertain to Europe and will cover 18 dimensions in the 22.5 inch range. The OE deal with Scania  is Hankook’s second such deal with the Volkswagen Group when it comes to heavy vehicles. The Korean tire manufacturer has already been supplying OE tires for several heavy vehicles belonging to MAN Truck & Bus GmbH from 2014.

Commenting on the OE deal for Scania vehicles, Ho-Youl Pae, COO for Europe at Hankook said that the latest OE homologation attests to the high quality of the tires that Hankook manufactures. The tires from Hankook’s e-cube MAX, SmartFlex and SmartWork ranges were all able to fulfill the highly stringent norms of the Scania engineering team, especially with regard to critical factors like sustainability, efficiency and performance.

Hankook tires will be used for all Scania truck and bus models that are manufactured in Europe. The Hankook tires which will be used include the e-cube MAX range which has been optimized for rolling resistance for international long-haul traffic, the new SmartFlex all-year tire range which is flexible enough to be used for both delivery vehicles and long-haul trips. Construction site and offroad treads from the SmartWork series will also be introduced. These treads from the SmartWork range have been customized for use on vehicles that meet  EURO 6 emissions norms, especially the designated treads for the steering and drive axle which have a high score when it comes to environmental friendliness and service life. All these are important aspects with regard to the TCO (Total Cost of Ownership) in the commercial vehicles OE business.