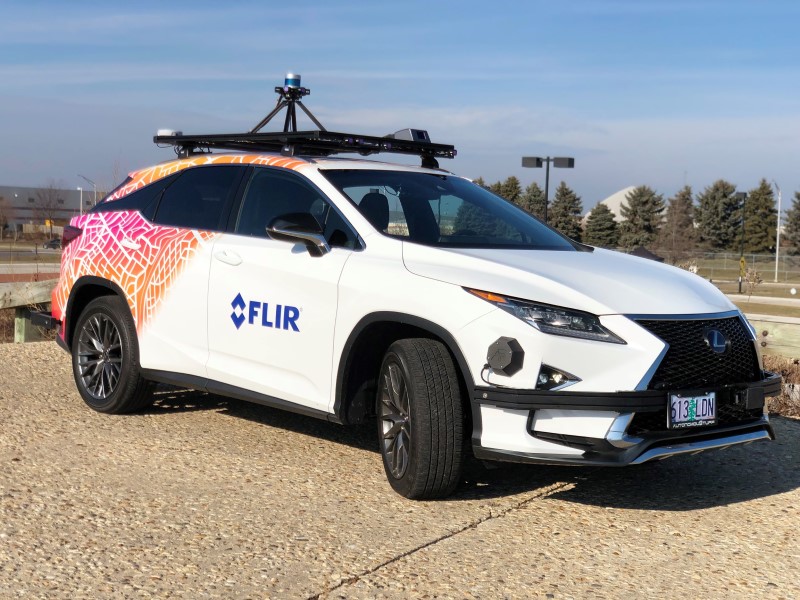 FLIR Systems highlighted the new thermal sensor camera technology it has developed to make self-driving cars more viable during the 2019 edition of the Los Angeles auto Show. The demonstrations were held in downtown Los Angeles during the show. According to the company, thermal sensor cameras are four times more reliable than their conventional counterparts when it comes to the identification and classification of pedestrians while the cost of such technology is low enough to make them viable for use in self-driving vehicles.

Thermal sensors have been widely used for military applications in the United States and focus on detecting the heat that emanates from objects. The technology is more efficient in detecting obstacles on the road across various depths of field. This is because the resolution of the images that are obtained using thermal cameras is a lot higher than in the case of images sourced from radar and lidar systems, especially for the detection of pedestrians.

All pedestrians emit heat and according to FLIR Chief Engineer, Chris Posch, using thermal sensor cameras, pedestrians can be seen quite easily irrespective of whether of the time of the day and weather conditions, thus making it safer for both the car and the pedestrians on the road.

The technology has also proven to be quite reliable in the case of classification of obstacles on the road into pedestrians, bicycles, and vehicles even in total darkness at distances which are almost four times the distance of a typical vehicle’s headlight range. Really challenging lighting conditions like shadows, foggy weather and sun glare seems to have no adverse impact on the accuracy of this technology, according to FLIR.

Currently, FLIR’s thermal sensors are used as part of driver warning systems for many leading carmakers including Volkswagen, Audi, General Motors, Peugeot, BMW, and Mercedes-Benz. One key barrier to the widespread adoption of the technology has been the cost factor. But according to Posch, the technology has advanced at a really rapid pace, bringing costs down to the point where it is now hundreds of dollars instead of thousands of dollars for a thermal camera. It has thus reached the stage where it is affordable for the mass market.

FLIR is now collecting thermal data in key metropolitan areas in the United States as part of its development strategy, with the goal of covering common seasonal driving conditions at all hours of the day. In future, it will collect data related to several large US and global cities with regional customization to offer accelerated thermal testing as part of its strategy to integrate thermal cameras in the overall sensor systems for autonomous vehicle companies.

The main doubts that potential customers have about autonomous vehicles is their ability to detect the presence of pedestrians. This is why FLIR’s advanced thermal camera technology can prove to be a significant breakthrough that can facilitate large scale acceptance and use of self-driving vehicles.