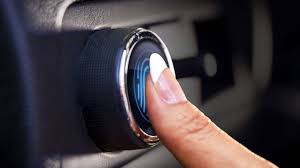 We all love to use our keyfobs to open our cars remotely, but security experts say such keyfobs are highly vulnerable to hacking. It looks like car manufacturers will soon resort to using fingerprint technology to grant access to vehicles. You might soon need your fingerprints to gain access to vehicles and even to start the engine.

Godfrey Cheng, corporate vice president for Silicon Valley-based Synaptics said in an interview to Chicago Sun Times that it is quite likely for this technology to be used in cars in the next two to four years. The use of this technology is expected to transform the automotive industry as the use of car fobs now pose more of a security risk. Just as in the case of laptops and mobile phones, automotive manufacturers are likely to switch to the use of vehicle access through the use of personal identification services like retina scanning, fingerprinting and facial recognition.

For those who are currently worried about the security of their vehicle keyfobs, cybersecurity experts recommend that they get a security pouch known as a Faraday Cage whose makers claim that the puch can block all incoming signals. In a pinch, wrapping the keyfob in aluminum foil works.

Currently, if you are carelessly carrying your keyfob around in your pocket or purse, hackers can capture fob signals from outside a home, office or hotel room.
This will change in the near future, when keyfobs will be paired with biometrics like facial recognition, fingerprinting and retina scanning.
Synaptics is already known for its work related to consumer technology products like smart speakers that are used in tandem with Google and Amazon’s Alexa.

Using this kind of biometric program, vehicle owners can program the car to match the fingerprint — with their selected music choices, seat adjustment, navigation settings, and temperature selection. Parents can use this feature to install “geofencing” limits, to minimize any fears they have about their children who are novice drivers. Secure biometric authentication eliminates the need for drivers to remember passwords and pins.

Synaptics is not the only player in this field. Tamara Snow, director of interior systems and technology for North America within Continental said that biometric authentication could be in place with some products as soon as 2019.