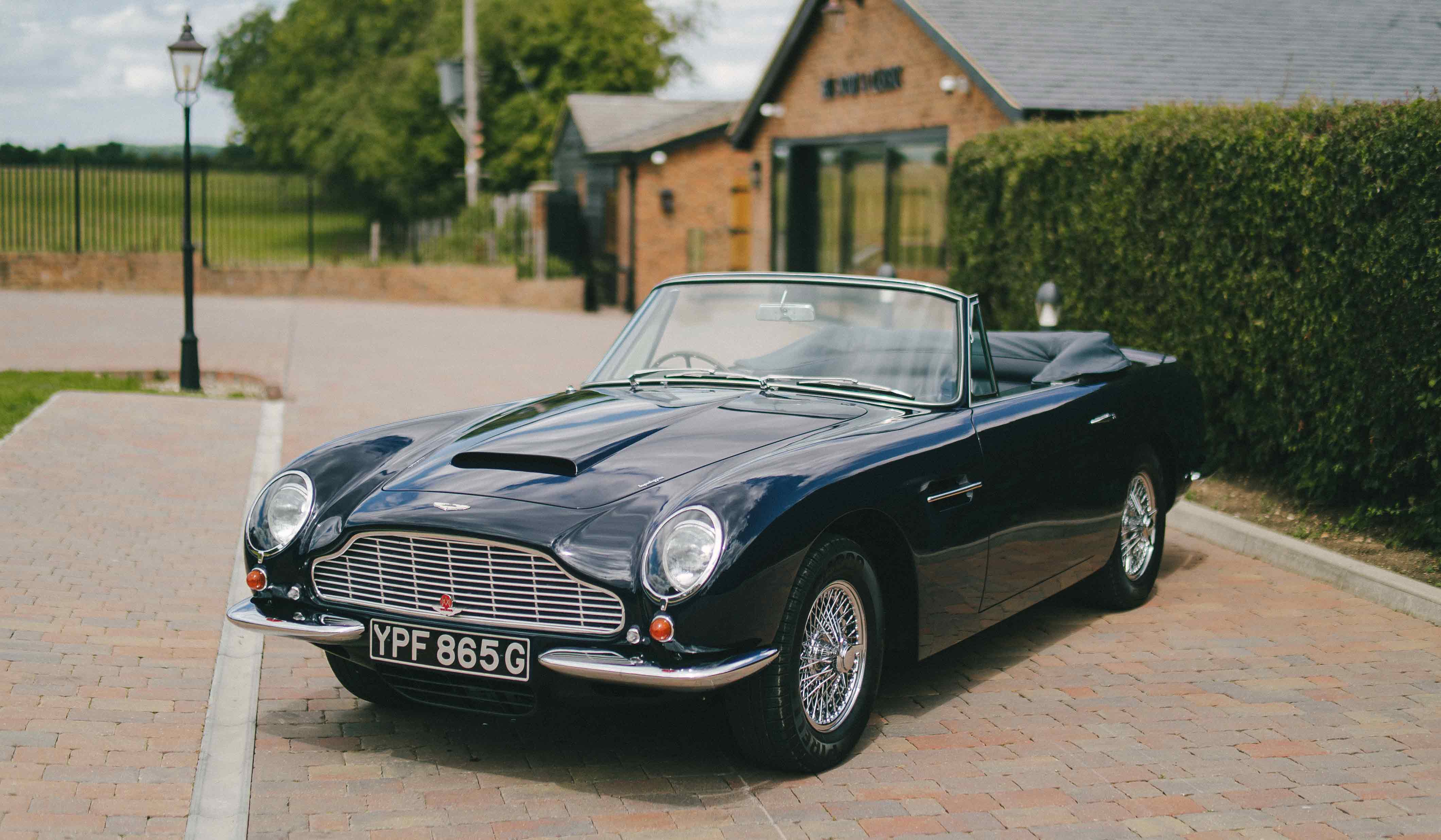 Bell Sport and Classic is delighted to offer for sale an exceptional example of the DB6 Volante, considered one of the rarest and most desirable post-war Aston Martins.

The first convertible model from Newport Pagnell to carry the ‘Volante’ name, production began in 1966 with just 140 made in total. This outstanding example was supplied new by HR Owen in September 1968 and originally ordered in Platinum (white) with Dark Blue leather and a matching convertible roof.

Other options ticked included a Borg Warner automatic transmission, power assisted steering, chrome wire wheels with three-ear hubcaps, a power-operated aerial and two lap safety belts. Coming with a raft of history, its handful of owners have all cherished it – but none more so than Timothy Barker.

Purchasing the car in 2008, Mr Barker began a journey to not only enhance its already outstanding condition but also improve it, spending upwards of £100,000 with Aston London Service, Marksdanes and most recently, Bell Sport & Classic.

Sympathetic and desirable upgrades have included the replacement of the original automatic gearbox with a ZF 5-speed manual transmission – supplied by Aston London Service at a cost of £10,000 – along with new wire wheels shod in Pirelli P4000 tyres and new silencers.

The vast history file contains registration documents referencing all previous owners, a copy of the original build sheet, current and past MoT certificates, and copies of previous invoices from other specialists such as Desmond Smail and Ken Shergold.

Tim Kearns, Managing Director of Bell Sport and Classic said: “This beautiful DB6 Volante is presented in exceptional condition, having been meticulously looked after throughout its lifetime. It has benefitted from significant investment in recent years, including some desirable and sympathetic upgrades, and the result is an outstanding example of one of the rarest post-war open top Aston Martin models, a very special car that is ready to be enjoyed to the full.”