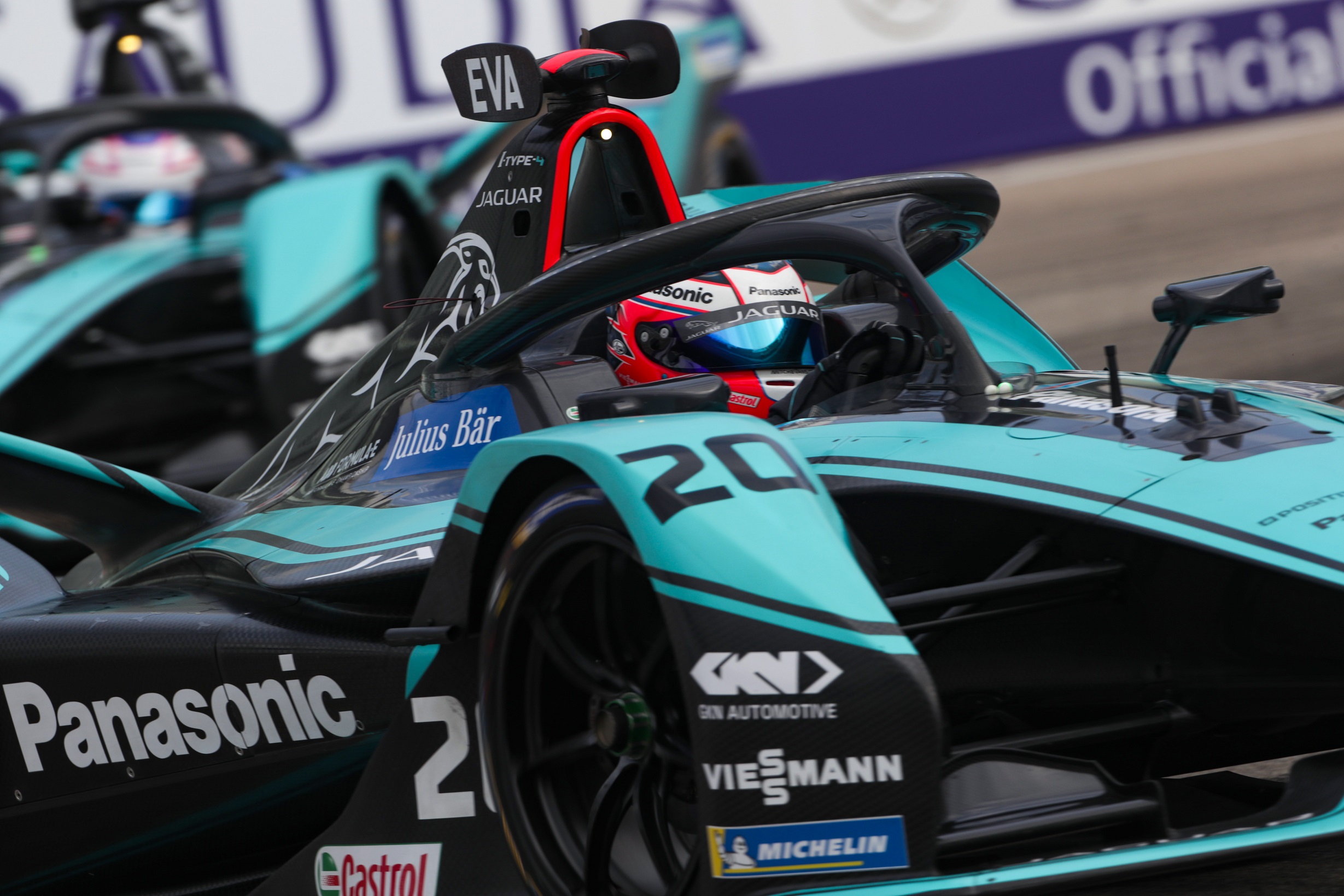 The 2019/20 ABB FIA Formula E season six finale was to prove cruel for Panasonic Jaguar Racing and Mitch Evans. Starting round 11 in P23, due to the disadvantage of being in Qualifying Group 1, Mitch scythed through the field with a trademark drive and gained 12 places to finish P11 just outside of the points places.

Team-mate Tom Blomqvist, in only his second race for Panasonic Jaguar Racing, battled valiantly to P17 after a promising qualifying start of P12.

Mitch Evans was in Qualifying Group 1 for each race this season which proved to be the deciding factor in his title bid. Mitch came into the final six races in second place but significant track evolution for those drivers in Group 1 meant that it was not possible to fight to be in the Super Pole session and secure a top six starting position in any of the Berlin races. Evans started outside the top 10 in all the Berlin rounds and despite making up 32 places in the last three races he could only salvage P7 in the drivers’ standings.

The first half of the season was more positive for Panasonic Jaguar Racing and Mitch which saw the team and Evans secure their second Formula E victory with a dominant win in Mexico City and a podium in Santiago.

Rookie James Calado, who missed out on the final two races of the season due to a WEC clash, was only able to secure two points scoring finishes in Diriyah and Santiago. Reserve driver Tom Blomqvist made an impressive debut by going through to Super Pole on his debut.

Jaguar Racing will be back on track on 16 January 2021 in Santiago, Chile for the first race of the 2020/21 ABB FIA Formula E World championship with Mitch Evans and multiple-race winner Sam Bird behind the wheel of the Jaguar I-TYPE 5.

“The final race of season six proved to be another challenging one. Mitch did a fantastic job in the race to make up 12 places and nearly find our way into the top 10. It’s quite incredible if you look at our race pace but the gap was just too large to get into the points.

“Unfortunately, we’ve been victim, again, to the qualifying system – as we have been for all six races here in Berlin. It’s very frustrating for the team as we’ve shown we have an incredibly fast racecar. A big thank you to Tom for stepping in at short notice, doing a great job in qualifying and bringing the car home.

“I would like to especially thank all the team, both those here in Berlin and those back in the UK, for a tremendous effort which has not been fully rewarded this time. Hats off to everyone at Formula E and FIA for putting on a great season six finale in Berlin – the organisation and resolve of everyone involved has been exceptional.

“As a team we feel we’ve been disadvantaged here in Berlin but we take away the positives – an incredible win in Mexico City, a Pole position in Santiago and the speed we’ve shown, particularly in Marrakesh.

“All of this would not be possible without our great commercial partners – thank you to everyone at Panasonic, Viessman, Castrol and GKN. Our season seven preparations have already begun and we are more determined than ever to fight for podiums and wins when Mitch and Sam (Bird) get back on track in January 2021 in Santiago, Chile.”

“It was a massive race from P23 up the grid to P11. It was a busy one and I’m pretty tired now. I tried my hardest, we tried our best – that’s all you can do. I would have preferred if these last six races were held in Mexico as that track really suited me and the Jaguar I-TYPE 4! It’s a shame, after coming into Berlin in a promising position, but tomorrow I will put it all behind me. We’ll come back stronger next year and have another crack at it. Thanks everyone for your support this year and see you next season.”

“We qualified P12 which was not too bad. It is super close and super tight round here in Berlin. The race, just like yesterday, was difficult for me, I’m just lacking that race experience in Formula E but all in all it was great to be involved and I had a great time. Huge thanks to Panasonic Jaguar Racing for the opportunity – a couple of weeks ago I wasn’t expecting this, so it was really nice to get back out on the track. It’s been an honour and really enjoyable.”