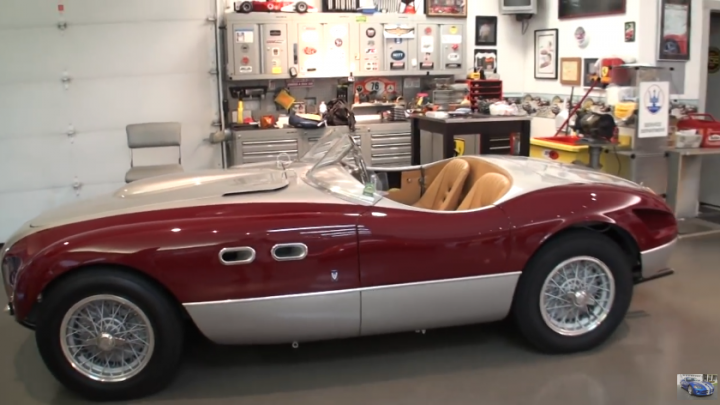 One of Oldest Ferraris Ever Made to Go Under the Hammer

The first Ferrari sports car, the V12-powered 125 S came off the production line in 1947 and there were only two such cars. The second one, the 166 also had a very limited production run of 39 units and one of these is going to be auctioned by RM Sotheby in Amelia Island.

The 1950 model 166 has the chassis number 0058 M and was the 27th car out of the total 32 166 MMs Ferrari which were made. The 166 MMs was named the MM due to its participation in the Mille Miglia race and its Touring body type. The supercar had taken part in the 1951 and 1953 Mille Miglia championship and in its very first appearance mad eit to the sixth place. The 166 MMs also participated frequently in European and American racing events.

The 166 MMs is owned by the Ferrari Club of America Chief Judge, Ed Gilbertson. He has owned the car for more than 20 years and used it to race to victory in events like the Hans Tanner Trophy at Pebble Beach in 1979, Cavallino Classic and Concorso Italiano Platinum awards.

The 166 MMs is powered by a 2.0-liter, triple-carbureted V12 engine. The engine is paired with a five-speed manual transmission and has an output of 140 horsepower. It is typical of the cars of the era from a mechanical perspective with leaf springs, a live rear axle, and drum brakes.

The Ferrari 166 MMs definitely comes with a great deal of history and will be a prize for any collector. RM Sotheby has set an estimated price of  between USD 8-10 million for when it goes under the hammer next month.