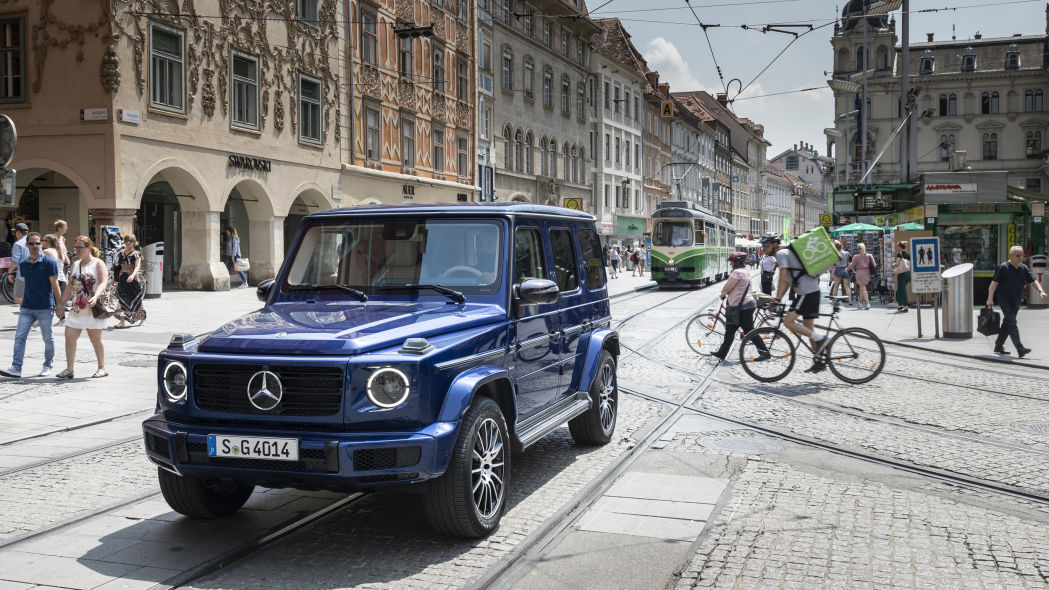 Mercedes-Benz is celebrating 40 years of its G-Class with a Special Edition. The G-class which was specially designed to be an SUV that has the capability to go anywhere has not changed much externally over the past four decades and Mercedes-Benz chose to reflect this with a “Stronger Than Time” special edition.

There are three variants of the Stronger Than Time special edition with different powertrain options. All of them are decorated with appearance packages and use special lighting to project the edition logo onto the ground. The most powerful variant is the diesel-powered one, which is powered by the new OM656 inline six turbodiesel engine having an output of 330 horsepower and 516 pound-feet of torque. The petrol powered versions include the one which runs on the biturbo four-liter V8 engine having 422 hp and torque at 450 lb-ft and the 585-horsepower version of the biturbo V8, which is paired with the AMG’s nine-speed Speedshift TCT transmission. The AMG badged version has the highest specs which is marking another anniversary, 20 years of AMG G-Classes.

The AMG truck’s all-wheel drive is rear-biased by 40/60, and the special Stronger Than Time edition of the Mercedes-AMG G 63 can go from 0 to 62 mph in 4.5 seconds. Even the other two engine versions come with AMG styling and performance parts, including a sports exhaust and flared wheel arches. The G Manufaktur individualization program also is offered to make the vehicle even more customized, with a choice of 64 different interior trim layouts and 34 different exterior paints.

Mercedes will be shortly opening a G-Class Experience Center which would be located 10 miles south of Graz, Austria, and the center will house different driving ranges and terrains for customers who want to check out the true abilities of the G-Class.

Mercedes-Benz has also added a new AMG Trail Package for the trucks, with the adaptive damping tuned with off-road use in mind. There are separate drive programs for trail, rock and sand use, and the tire and wheel combination is also optimized for all-terrain driving.