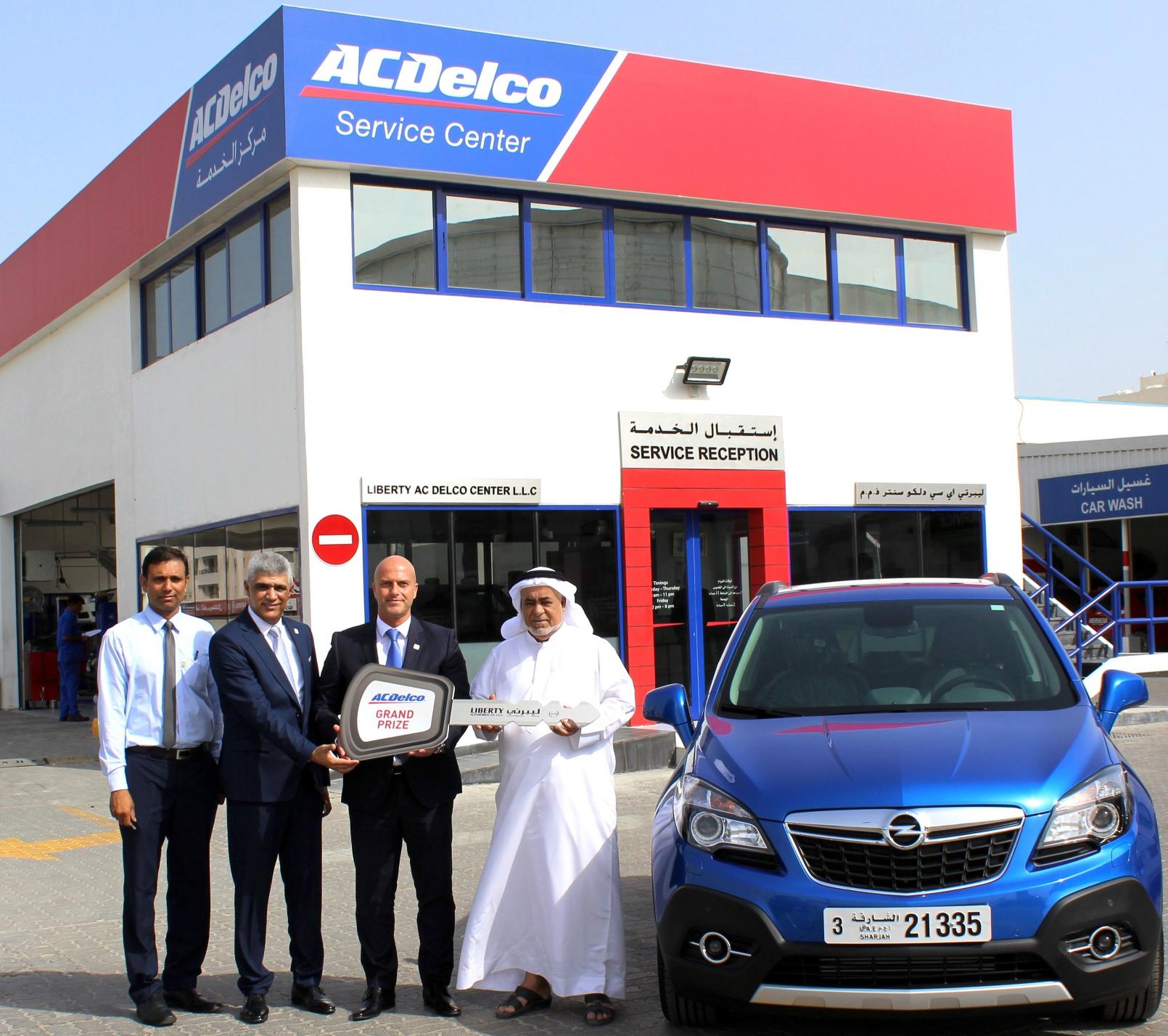 Liberty Automobiles Co., which is an authorized dealer of ACDelco, rewarded a customer with the grand prize of a 2016 Opel Mokka. The prize was given as part of a campaign celebrating Liberty’s renovation of their ‘’ First Ever’ ACDelco Center in the world. All customers who visited the newly expanded ACDelco Center had a chance to participate in the campaign.

Rimoun Hanouch, Group General Manager at Liberty Automobiles, mentioned, “Customers always look for high quality services. Based on this, we decided to expand the ACDelco Center and really bring forward the added value for our customer base.”

It was 15 years ago, in 1991 that Liberty Automobiles opened the first ACDelco Service Centre in the world. The model proved to be so successful that it was later replicated in other parts of the world by General Motors. ACDelco is a division of General Motors that specializes in the production of automotive oils, lubricants, batteries, parts and accessories.

Liberty’s ACDelco Service Centre was refurbished in the year when General Motors was marking AC Delco’s 100th year as a global leader in automotive replacement parts and related services. The most distinctive features of the Center include additional service bays for oil and filter change, express service, and a dedicated chamber for fixing ACDelco window tinting film. The revamped Center has more than double the parking spaces for customers, and there is also a plush new lounge fronted with large glass windows that allow customers a view of their vehicles as they are being serviced.