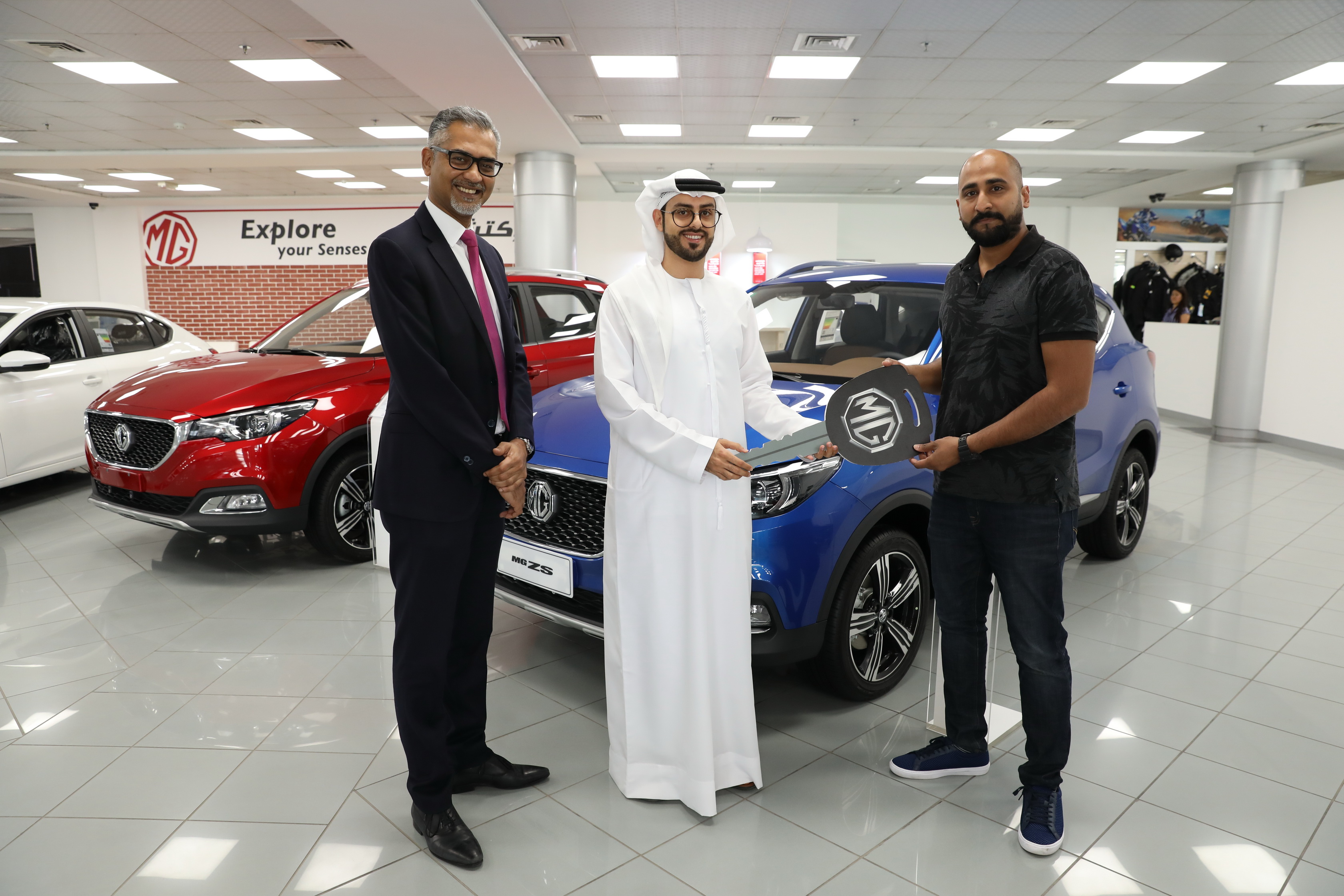 Kuwaiti Winner Drives Away with MG ZS at Gitex Shopper

A Kuwaiti visitor got the surprise of his life when he was able to drive away with a brand new MG ZS after visiting the 2018 edition of GITEX Shopper which was held at the Dubai World Trade Centre (DWTC). He emerged as the winner of the Visit & Win raffle draw at what was billed as the largest consumer electronics shopping festival in the region.

Mustafa Khumanpur was asked to collect his prize from the Al Yousuf Motors Showroom in Dubai and will be returning to Kuwait in his brand-new 1.5L STD 2019 MG ZS. The MG ZS marks a new era of design for MG Motor, as it marks the advent of a new design philosophy that will be implemented across all upcoming MG models, with the emphasis being on the offer of a premium experience and commitment to quality of the revamped brand. The model also offers best in class shoulder, leg and headroom in the compact SUV segment. Another key benefit is the six-year/200,000 km warranty.

Commenting on winning the contest, Kuwaiti national Mustafa Khumanpur said that he has participated in the draw at the Gitex Shopper festival for many years, and hence he was really overwhelmed to win the MG car. As a man on the go who does a lot of driving, the MG ZS is perfect for him. It has plenty of space for all his stuff, while being really fuel efficient, and it also comes with a lot of exciting high-tech features like its iLink system, which he was eager to use.

Commenting on the giveaway, Mohamed Iqbal Yousuf, Deputy President and Head of Marketing, Al Yousuf Group said that since the company teamed up with MG Motor in April 2018, the company has launched a new range of models which includes the MG ZS. There is now an MG model that can meet demands of almost all customers. Al Yousuf Motors wanted to spread this message and that is why it opted to the marketing partner of a highly popular event like the GITEX Shopper.