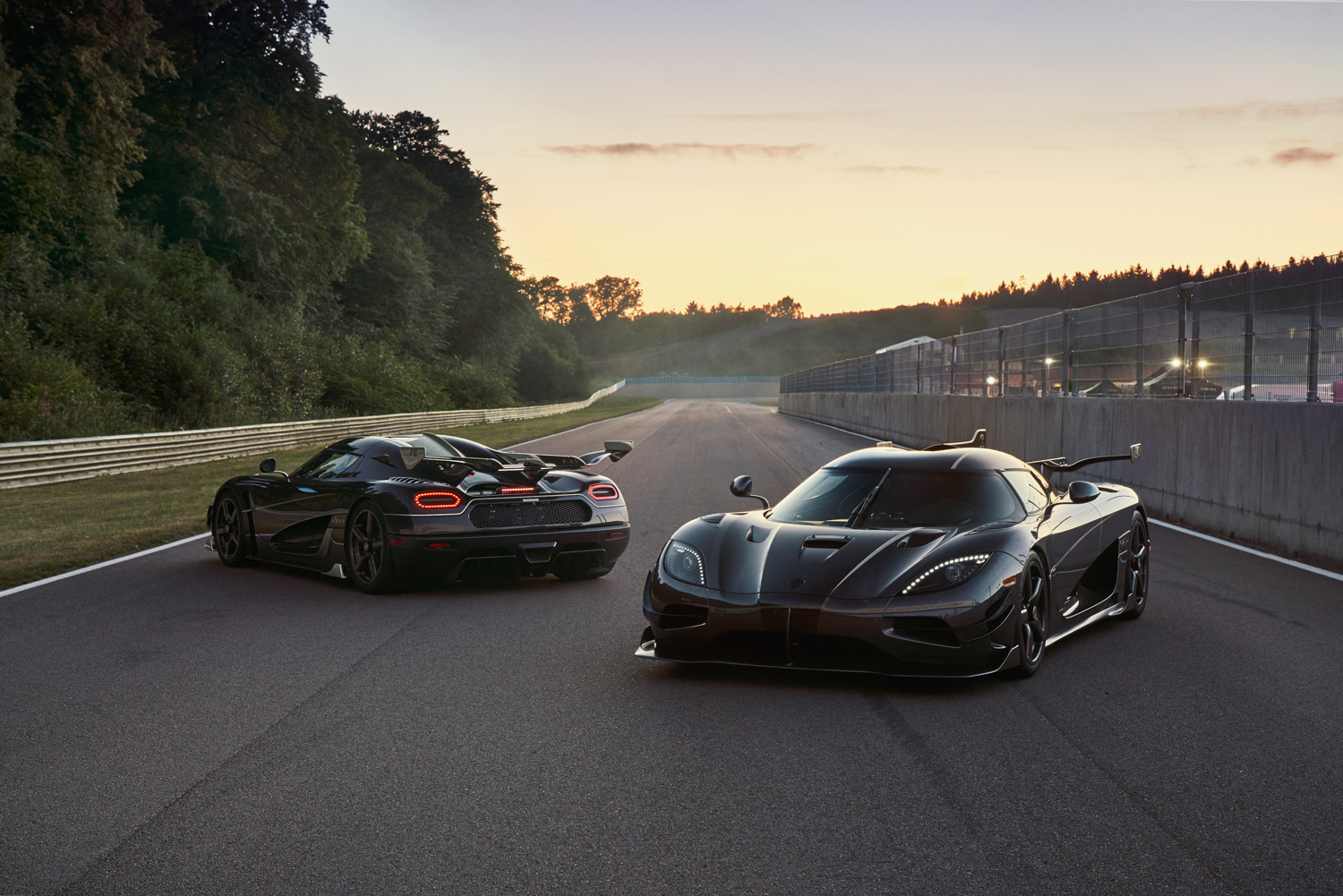 Koenigsegg might have sold out all its Ageras a while ago, but it marked the official end of the Agera production run by unveiling the last two Ageras. They are a limited special edition called Koenigsegg Agera FEs, with FE signifying “Final Edition,” and each car has a special name borrowed from Norse mythology to symbolize its performance and strength. While one car is called Thor, while the other is called Väder. The names are a part of the car’s badging where normally the model’s name is placed.

Both the cars are FE versions and have a few extra special features when compared to the “typical” Agera model. The buyers of these cars were not charged extra for these additional options and unique parts, which include rear wings and larger front spoilers. While Thor comes with a dorsal fin, Väder has some unique cutouts in the wing supports which showcase the components that actuate the active wing. Thor has a two-tone finish with a part of the exterior having a plain clear carbon fiber finish, while some of it has a clear finish with “diamond-flake.” Väder has the diamond-flake finish over the entire car along with white gold leaf accents across the body. Both cars are powered by the 1,360-horsepower twin-turbo V8 engine from the One:1.

The plan was for the vehicles to be first driven by their new owners at a Koenigsegg event in southern Germany on the weekend of July 6. The two cars will then be sent to the United Kingdom for being a part of Koenigsegg’s exhibit at the 2018 Goodwood Festival of Speed.

With the production of the final Agera and the Regera built, as of now, Koenigsegg is not offering any models for sale. The company has however announced that it has grand plans to unveil the successor of the Agera at the 2019 edition of the Geneva Motor Show. Based on its previous track record, that is likely to be one Koenigsegg model that will be well worth the wait.