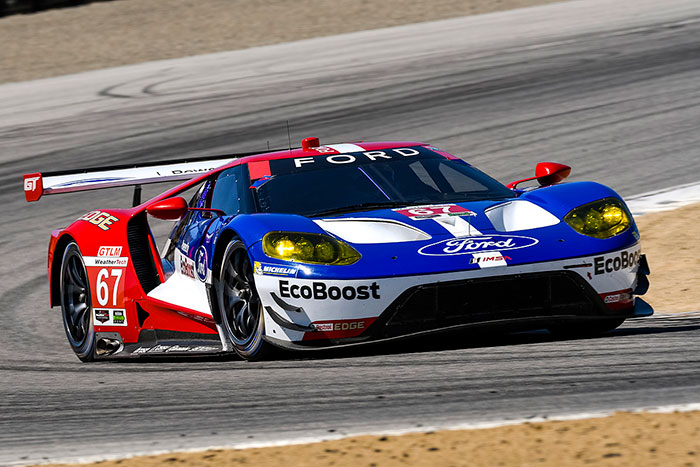 Ford Motor Company has unveiled a new five part video series depicting the story of how it successfully managed to keep details of the design and development of the all-new Ford GT under wraps. Named “The Return”, the series celebrates the creation of the cutting-edge, thoroughly modern all-new Ford GT. The company decided to mark the 50th anniversary of the model’s first win at the Le Mans 24 Hours by returning to the renowned race in order to showcase its latest innovations in the Ford EcoBoost engine, lightweight technology and aerodynamics.

Commenting on the new model, Bill Ford, executive chairman, Ford Motor Company said that the Ford GT is a showcase that will help drive even more advanced technologies into Ford’s range of models. He added, “We are using it not only to see what is possible, but also to help write the next chapter in our racing history and our future production.”

Ford came up with the all-new Ford GT in order to strike the right balance between an enjoyable drive and driver comfort and enjoyment while incorporating elements needed for a supercar that would be good enough to compete at global sports car races. It was meant to be a car that was roadworthy as well as highly competitive when on the track.

Raj Nair, executive vice president, Ford Global Product Development, and chief technical officer said the new GT represents the very best of from Ford and is inspired by the same spirit of innovation that led to the design of the first Ford GT. When it comes to long term success, Ford expects the all-new GT to have a halo effect on other products, both when it comes to Ford fans and from the engineering perspective.

Bill Ford, Nair and Dave Pericak, director, Global Ford Performance, are featured prominently in “The Return” and depicts the development process of the Ford GT and its its performance on racetracks in different parts of the world including IMSA WeatherTech SportsCar Championship (North America) and the FIA World Endurance Championship (global).

“We’re proud of how far we’ve come, but we have a long way to go,” Pericak said. “Every time we race the Ford GT, we learn something. Our ultimate goal is the return to Le Mans.”

The airing of the five episodes titled “The Return: The Decision”, “The Cutting Edge”, “Let’s Race”, “A Driver’s Perspective” and “The Road to Le Mans” describing the journey of the new GT from different perspectives began on March 17.