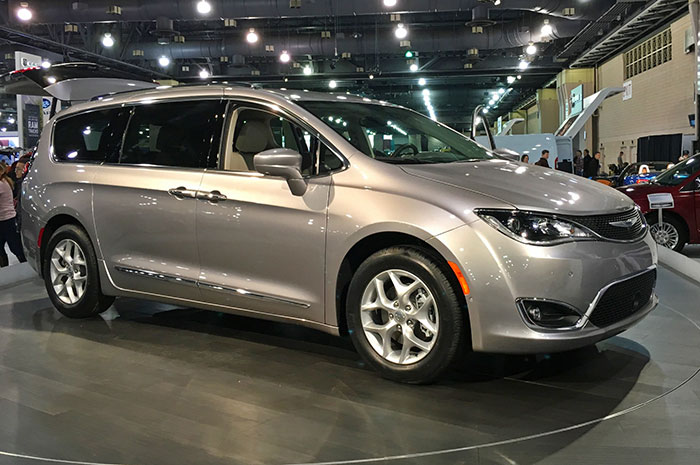 FCA has selected tires from Kumho Tire as the original equipment tires for its pathbreaking 2017 Chrysler Pacifica, a vehicle that FCA hopes will redefine the minivan segment. To be marketed as the Chrysler Pacifica in North America and Grand Voyager in the European and Korean markets, the vehicle is positioned as the first electrified minivan in the world.

The Chrysler Pacifica is the replacement for the Chrysler Town & Country and FCA says it will be the most technologically advanced minivan with class-leading ride and handling, as well as a really bold style. It is an electrified minivan that will offer the equivalent of 80 miles per gallon in city driving. The new minivan will be offered in Korea and Europe as the Grand Voyager.

FCA selected the Kumho Solus TA31 tire as the OE tire for the Pacifica. The Kumho Solus TA31 tire is an all-season premium touring tire that has a unique tread block and pattern for reducing road noise levels. The reinforced block performs exceptionally well when it comes to handling and braking performance in dry conditions. The Solus TA31 tire will be used in the 20-inch (245/50 R 20) and 17-inch (235/65 R 17) sizes for the new Chrysler Pacifica which has already been launched in the United States.

Commenting on the OE fitment, Hyun-Ho Kim, Senior Vice President at Kumho Tire said that the deal attested to Kumho’s technological expertise and brand power. He went on to say that he expected the new OE fitment to enhance Kumho’s brand recognition in global markets and that the company will continue to collaborate with leading car manufacturers in a bid to increase its global market share.