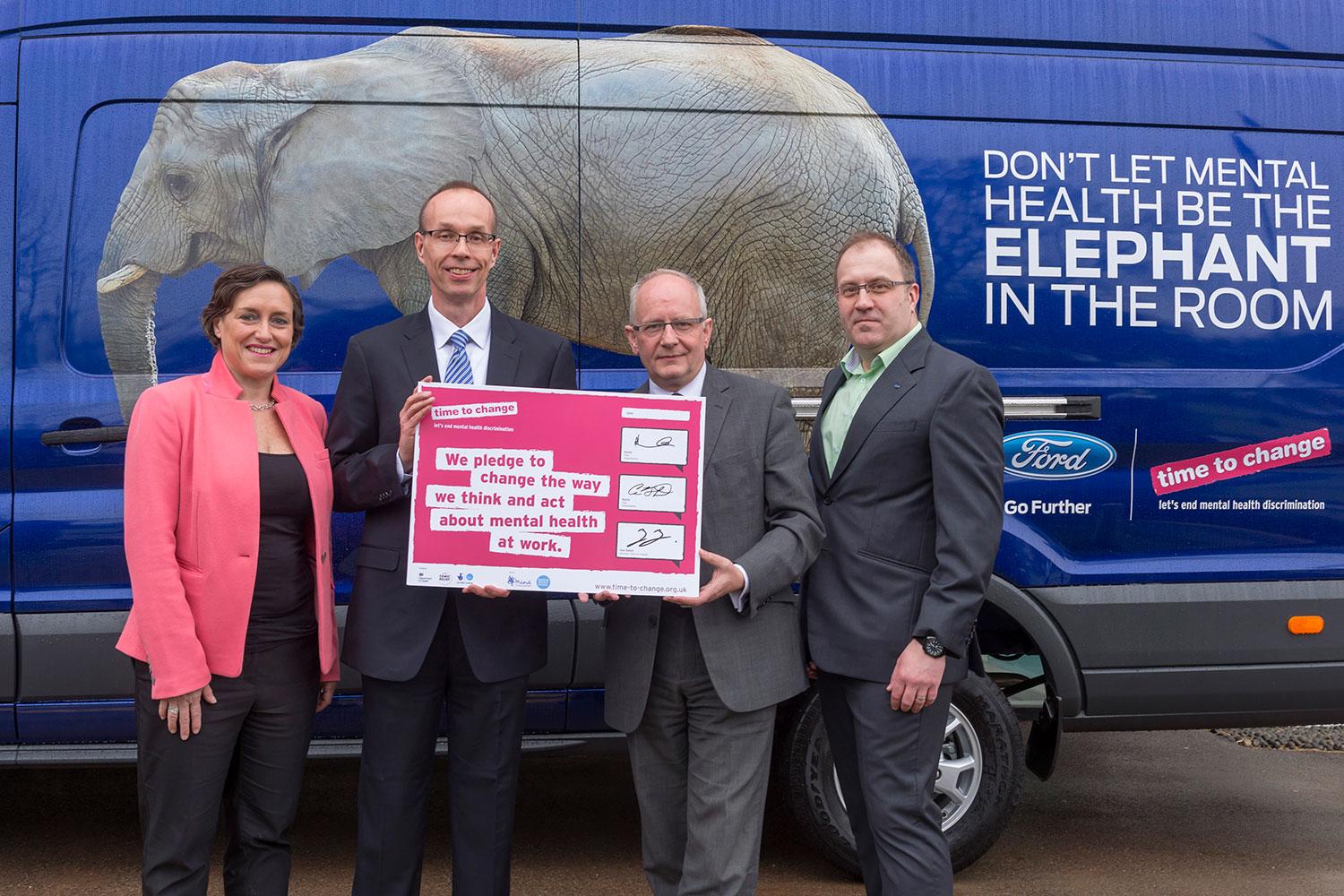 Ford collaborated with the charity “Time to Change” for an art project that was meant to express the company’s support for boosting mental health awareness.

The automotive manufacturer commissioned Norfolk artist Ruddy Muddy to create the piece which was painted on to a Ford Transit van. The paintings on the Transit van include depictions of an elephant with messages like “Don’t let mental health be the elephant in the room” and “if your mate’s acting differently – ACT!”

Ford conducted research which indicated that men working in trade and construction are at the greatest risk of depression.

Commenting on the project, Jo Loughran, director of the charity Time to Change, said When they are asked twice if they were ok, people are more likely to open up and share any difficulties that they might be facing. She said that the charity was proud to team up with Ford for the dirty van art campaign.”

Muddy said: “When the mental health campaign was first mentioned I knew I wanted to be on board. If it can help just one person it is a very important muddy van…”

From April, Ford has been sending emails every day to its employees about mindfulness and mental health awareness. Another initiative that the company implemented was to train 50 new mental health first aiders and providing 250 other employees with training on mental health. Ford has also set up a dedicated employee wellbeing portal.

Ford is promoting the ‘Dirty Van Art’ to mark the World Mental Health Day. Time for Change is using this campaign to encourage everybody to ‘ask twice’ when it comes to mental health.