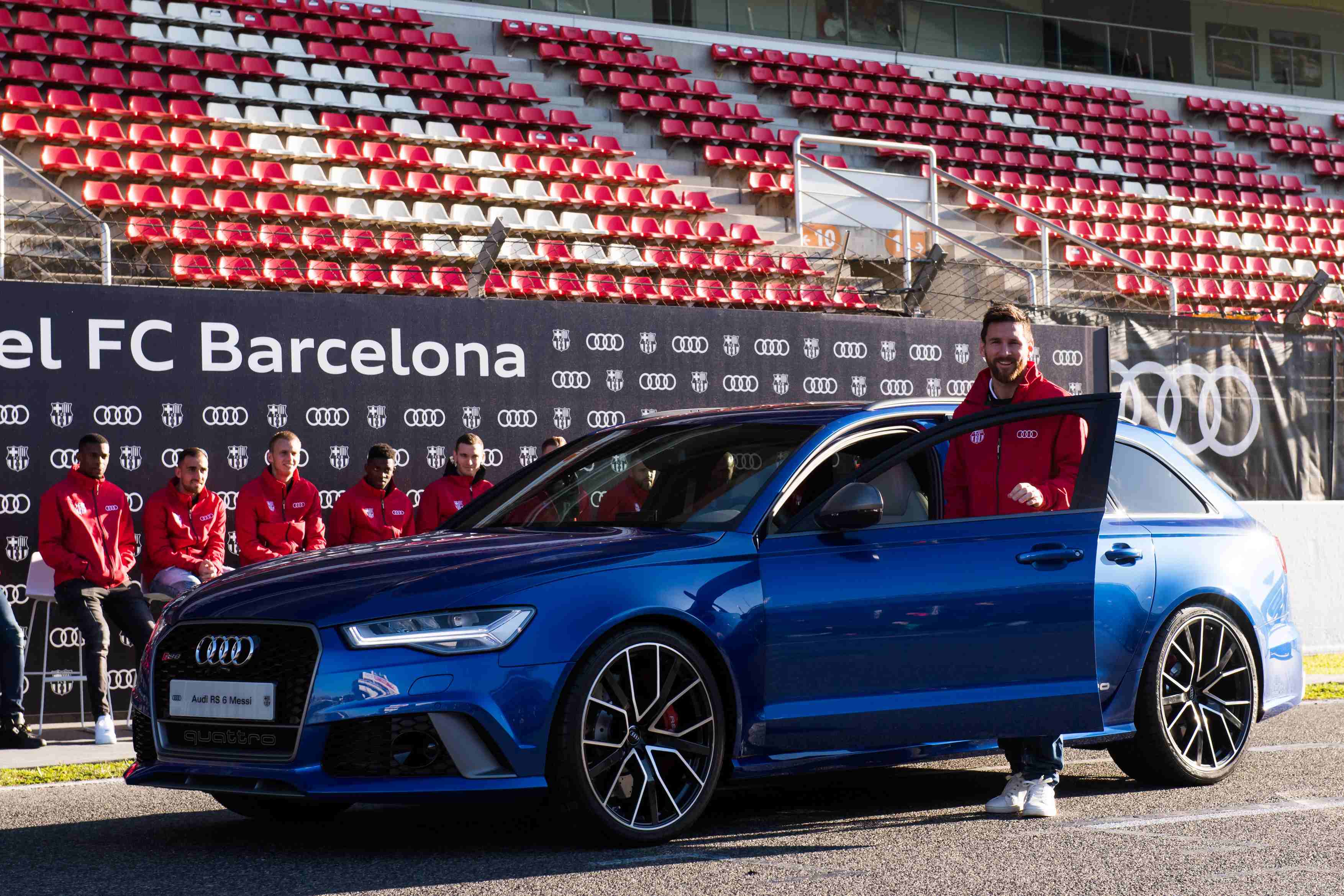 Footballers belonging to the renowned FC Barcelona team gave visibility to Audi as they received their new company cars at a speed-packed event that was held on the Circuit de Barcelona-Catalunya race track. All the cars they received were the latest Audi models. Six players got a chance to experience a few fast and furious laps around the track as co-drivers in Audi race cars as part of the Audi Sport track attack.

Audi factory driver and winner of the 24 Hours of Nürburgring race, Nico Müller drove the footballers around the circuit north of Barcelona in the Audi R8 LMS sports car. Other players enjoyed driving along the track alongside local hero Jordi Gené in the Audi RS 3 LMS. The fast laps in the race cars proved to be the highlight of the event in which the cars were handed over to the Spanish football club. Guided by instructors, the stars had previously obtained a first-hand impression of the performance and technology of the sportiest models of the brand with the four rings.

Footballers have a tradition of prizing the RS models from Audi Sport. Leading players Lionel Messi, Luis Suárez and Gerard Piqué opted for the Audi RS 6 Avant as their personal company cars. Five other players including Ousmane Dembélé, Sergi Roberto and Samuel Umtiti chose another popular model from the RS family, the new Audi RS 3 Sportback. Sergio Busquets opted for the Audi R8 Coupé V10 plus which is the most powerful Audi model in the team with 610 hp. The most popular Audi model proved to be the SUV, the Audi Q7, with almost half of the squad opting for the vehicle as their most preferred model.