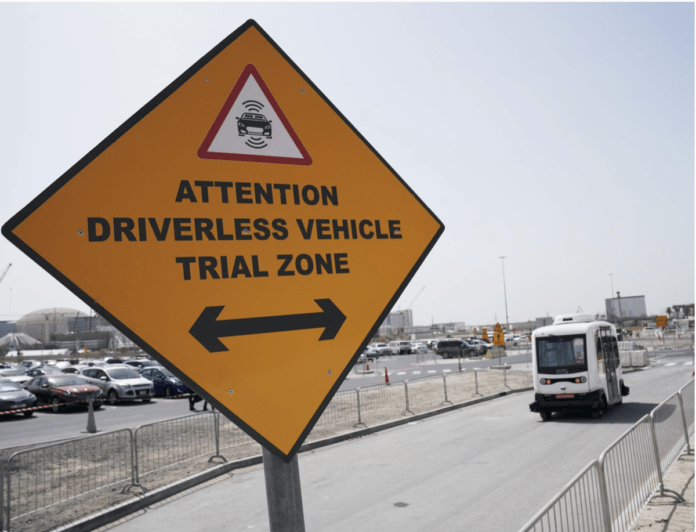 Dubai has now commenced trials of an autonomous vehicle at the Expo 2020 site. As part of the trials conducted by Dubai’s Roads and Transport Authority (RTA), the autonomous vehicle will be used to ferry people from the main entrance of Expo 2020 Dubai to their individual staff offices.

The trial run of the autonomous vehicle aligns well with the Dubai Self-Driving Transport Strategy, which has been formulated with the goal of making 25 per cent of the journeys in Dubai driverless by 2020. This is one of the ways in which Dubai plans to contribute to sustainable transport solutions for the future.

Commenting on the strategy for having more driverless vehicles and the trial run at the Expo 2020 site and the trial run, Ahmed Bahrozyan, CEO of Public Transport Agency, RTA, said that the Self-Driving Transport Strategy is part of initiatives aimed at supporting the green economy drive. He called the trial of an autonomous vehicle at the site of the Expo an achievement and said it is part of the RTA’s efforts to introduce autonomous vehicles at various hotspots in Dubai.

Bahrozyan went on to add that the trial run would be conducted for a period of three months and would involve testing of autonomous technologies, safety passenger and overall surroundings.

Mohamed Al Ansaari, Vice-President-Communications, Expo 2020 Dubai, welcomed the plan and said that the Expo 2020 site was proud to have their site serve as the test site for the autonomous vehicle, as it would contribute to the objective of achieving the Dubai Self-Driving Transport Strategy. He said that this strategy was compatible with the organization’s sustainability vision to enhance the use of environmentally-friendly vehicles having low-carbon emissions.

The vehicle that would be used for the trial runs uses environmentally friendly technologies and can be charged at one go to operate for up to 16 hours. It is spacious enough to accommodate 15 riders (10 seated, five standing) and runs at a speed of 25 km/h. The vehicle has been conceptualized for use in closed and internal public roads within the entertainment and residential communities. It incorporates high safety and security standards to monitor the path along which it travels using advanced sensors and high accuracy positioning systems. It has the potential to watch out for hazards on the road and will  automatically slow down when such an object emerges, with the vehicle coming to a complete stop when an object comes close to it.