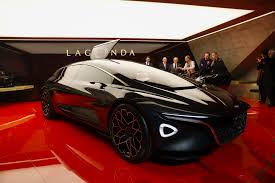 Aston Martin Lagonda has set up a new representative office in the UAE with the Middle East, North Africa & Turkey (MENAT) now forming the brand’s sixth region across the globe. The MENAT region has been fully integrated into Aston Martin Lagonda’s global operations now that the UAE-based office is fully operational. Dan Balmer, who was previously the President of Aston Martin UK & South Africa will be heading the company’s team in the region out of its new regional office in Abu Dhabi.

Commenting on the development, Balmer said that his team was finally pleased to reveal the details of its plans for the Middle East after months of preparation. He said that the Aston Martin team was looking forward to collaborating closely with the company’s shareholders, dealers and partners in order to create an exciting future for the leading automotive brand.

Balmer will have the support of many senior level specialists, including his new Head of Marketing and Communications for Aston Martin MENAT, Ramzi Atat, who will serve as the main point of contact for the media in the region.