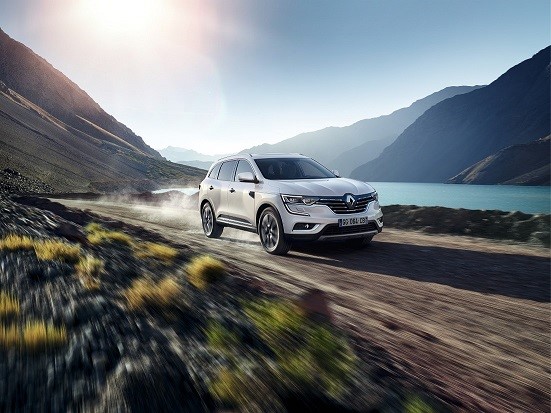 Arabian Automobiles Company, the exclusive dealer for Renault in Dubai, Sharjah and the Northern Emirates, launched the 2017 version of Renault’s flagship SUV, the Koleos.

The demand for SUVs is growing at a fast pace due to the slump in oil prices and the launch of the Koleos has been timed well to take advantage of the growing demand in this segment. The 2017 model comes with a powerful, muscular exterior. The user-friendly system on the dashboard allows motorists to switch easily between the 2WD front-wheel drive, 4WD AUTO and a third mode called 4WD LOCK, which allows the driver to select a permanent all-wheel drive. The model also has a 2,705 mm wheelbase, possibly one of the longest in its segment.

Speaking at the launch, Michel Ayat, CEO of Arabian Automobiles Company, said that operational excellence ranging from the staff to the services is one of the key focus areas at Arabian Automobiles. The Koleos with its rugged performance and sleek style ties in well with this ethosand will definitely contribute to the company’s mission to enrich the lives of its customers.

He added that the new Koleos has been conceptualized on the basis of the design pillar ‘EXPLORE’, which is characterized strength and a taste for adventure. The Koleos which features unparalleled safety features and driving comfort gives an indication of Renault’s future direction. He said that the new Koleos will set a benchmark for Arabian Automobile Renault brands and exemplifies the excellence that the company aspires to.

The Koleos has interiors that feature a smooth, flowing line from the top of the dashboard to the rear of the armrest. There are a wide range of driver assist features including Blind Spot Warning, rear view camera, Active Emergency Braking System, Easy Park Assist as well as rear, side and front sensors. All these features can be controlled through the R-LINK 2 tablet, which also features the controls for a fully-integrated Bose audio system including 13 high-performance loudspeakers for high fidelity sound.