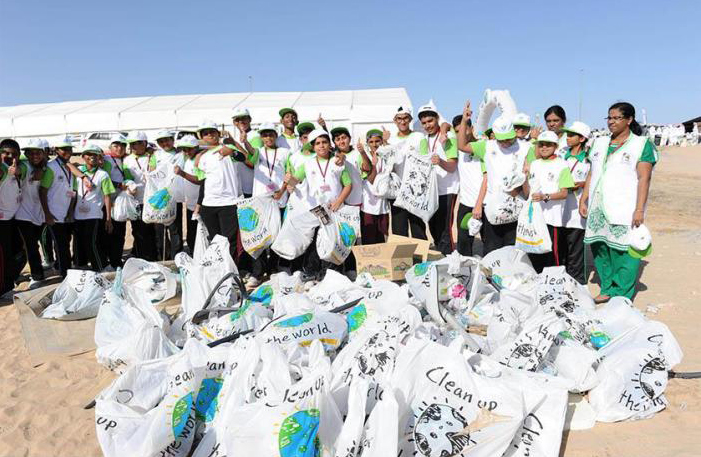 Reaching Out to Others can Help You Beat Depression

The UAE is a dream destination for many as they come to the country hoping to improve their lives. Nevertheless, in a country that has such a large expat population, depression is a serious concern. Contrary to what they portray on social media, many expats in the UAE live isolated lives as they struggle to juggle the demands of their families back home, the worries of their jobs here and their finances. Few of them have the extended social network they used to have back in their home countries and the glittering skyscrapers and opulent lifestyle that we see is more often than not just a façade. In the wake of the 2008 global financial crisis and the recent slump in oil prices, many are worried about their jobs and their financial security. A decent paycheck and a comfortable lifestyle are no longer a certainty, not only in the UAE, but also in other parts of the world. Many cannot turn to their friends as they would also be facing similar circumstances. Their parents or siblings who would support them otherwise would be far away.

Loneliness and depression have become more prevalent and there are many instances of entire families who have decided to end their lives due to financial worries, relationship issues, loss of jobs or similar problems. After hearing of such incidents, we often wonder if their lives could have been saved if only someone could have bothered to reach out to extend a helping hand. With the UAE declaring 2017 as the Year of Giving, we need to take a closer look at how volunteering could possibly help stave off loneliness and depression. It could be that reaching out to others who are not as fortunate as we are could significantly alter our perspective and in the long run, could be of great benefit to us

According to the World Health Organisation (WHO), more than 300 million people across the world are suffering from depression, with the rate of depression increasing by more than 18 per cent from 2005.

Treatment for mental health issues can be expensive and in some instances, it is not covered by insurance. There is also a social stigma that is associated with admitting that you face such issues. Here is where volunteering comes in. Many people who volunteer say that they get more out of it than they put in. Whether it is their time, money or effort that they give it to others, there is growing evidence that volunteers experience better mental and even physical health as an outcome of volunteering.

Carnegie Mellon University recently conducted a study in which they found that when adults over age 50 volunteered on a regular basis, they were less likely to develop high blood pressure when compared to non-volunteers. High blood pressure is the precursor to many serious health conditions like heart disease, stroke, and premature death.

Aster DM Healthcare announced the launch of the ‘Aster Volunteers’ program as part of the milestone ‘Aster @30’ campaign marking their 30th anniversary. Dr. Zeba Moopen, Director- Special Projects at Aster DM Healthcare spoke at length about the impact of volunteering, “What we as humans often fail to recognize and tap into is the fact that we are hardwired to be altruistic, and care for our fellow beings. There is scientific evidence pointing to the same through brain mapping. People volunteer because they want to make a positive impact on society in their own small way, unaware of the fact that their act of giving in turn positively influences their health as well – the ultimate symbiotic relationship. Besides playing a role in improving the world we live in, volunteering helps us find friends/peers who share interests similar to ours and who we can resonate with. Volunteering helps us develop one’s personal skills and provides a sense of purpose, a reason for living beyond existing. There are in fact studies that prove that volunteering increases an individual’s self-esteem and greatly reduces feelings of loneliness or depression. We all aspire to unrealistic standards of achievement depicted by ads and the media in general and volunteering helps us change our perspective. As part of volunteering, individuals work with others as a team and this helps to relieve stress and anxiety as they work together in an environment of selflessness and humanity. The positive feedback loop set in motion by volunteering helps one’s own happiness and soul through an increased sense of wellbeing and productivity as participation in community service is directly related to life satisfaction.”

Volunteering can lead to greater physical activity and this is definitely beneficial as most of us lead sedentary lives. Our stress levels decrease as we realize that there are others who are in more difficult situations and our focus shift towards making their lives better. If you read to others or help them study, it could help you sharpen your memory and thinking skills.

If you do not have enough time to make a long-term commitment, even small acts of kindness go a long way, whether it is buying a telephone card for a laborer you see as you go to work, dropping a neighbor to the hospital or babysitting for a frazzled mother so she can get some downtime. It will add to your sense of purpose. Your own worries and concerns fade into the background as you tend to the needs of others and you will find that you learn a lot more about how to cope with life and be more positive. Depression is generally associated with feelings of worthlessness, the idea that you can do little for yourself or for others. Volunteering tends to highlight skills and abilities that you may have forgotten that you even have and may even inspire you to develop them further. Connecting with other human beings through volunteering gives people a sense of community and humanity that is of great help in building self-esteem.

Of course, it goes without saying that our primary purpose for volunteering should be to help others and not because of the benefits we would get. A study that was conducted in 2012 and published in the journal Health Psychology found that participants who volunteered on a regular basis lived longer, but only if their intentions were truly charitable. Thus, if you volunteer, you help others, you get to beat depression and live longer. What is not to like?