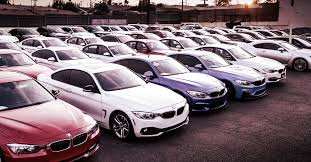 What Factors Determine the Resale Value of Used Cars?

We all know that the value of a new car starts dropping the moment you drive it out of the showroom. This is particularly true in the UAE, where people buy new cars and then switch to another new car within a relatively short period. Hence, there is no shortage of used cars that are up for sale. The average lifespan of used cars here almost 4-5 years shorter than that in other markets. This is not however good news for those who are seeking to sell their cars, especially if they are in a hurry to relocate. In 2018, the market was particularly tough as new car sales declined by 20-25 percent on a YoY basis. It would be useful for everyone to know what factors play a role in determining the value of a used car. There are sone factors that are within their control, and some that are not.

CarSwitch conducted a comprehensive analysis of thousands of car transactions that were finalized through their platform over the last 3 years, to come up with a few answers

● The Value of Cars Depreciates: The rate of depreciation might be different for models, but the price does depreciate over the years with the resale value decreasing as the years go by. Based on the analysis of used car transactions that CarSwitch conducted, used cars in the UAE lose 15-20 percent of their value every year. The level of depreciation is the highest (20-30 percent) in the first year after they are purchased though that is the year in which they are likely to be in the best possible condition and experience minimal wear and tear. That is because though the vehicle is still relatively new, its status has changed from a brand new car to a “used car” and this shift in status causes the vehicle to lose 10-15 percent of its value. Thus, the price of the vehicle shifts from its retail price to its wholesale price (what others might be willing to buy the car back for).

● Cars with Lower Maintenance Costs Command a Higher Resale Value: CarSwitch found that more popular models from Japanese brands like Nissan, Honda and Toyota which are associated with lower maintenance costs command better resale value. They have lower depreciation rates than American or European makes (40 percent when compared to 50 percent depreciation after the second year). A service contract goes a long way toward increasing the resale value of a car as it can cover potential maintenance and can cause buyers to offer better prices. Thus, it makes sense to buy a new car that comes along with the promise of several years of free service asin the case of special DSF promotions and Ramadan offers.

● Rarer cars have Better Resale Value. While the value of some cars plunge decisively after the first year, in the case of rare cars which are prized for their rarity, the resale value can actually increase with time. For example, a 1954 Mercedes W196 Formula 1 car fetched a price of 25 million euros when it was sold in 2013, though the car was almost 60 years old. In the case of everyday cars, coupes, which are generally rarer command better prices in the used car market when compared to the more common sedans.

● Basic cars Retain Better Value. Used car models which come with just basic options retain their value better than those that come with full options. This is because, in the case of a full options car, a customer would be paying 10-30 percent more for buying a new model. After a period of about 5 years, the price difference between the basic and full options variants narrows down to about 5 percent. There is a greater loss in absolute value of the more premium cars. This is particularly true when it comes to customized cars having features that not everyone might like, like crystals or bright pink paint.

● The Condition of the Car has only a +/- 5 percent on its Value. The condition of the car does affect its resale value. But unless the car comes without an engine or is in really bad condition, this affects the price only to the tune of +/-5 percent. The most common reasons cited for saying that a car is in bad condition are repainted panels which point to a history of accidents, and wear and tear of body parts. Cars with major mechanical issues would suffer a more severe drop in their value (of the 5,000 cars that CarSwitch inspected in 2018, only 5 percent had serious mechanical issues)

CarSwitch used the data gained through this research to create a free online used car valuation too that can be used to check the value of a used car.

The information used in this article is based on a press release sent by CarSwitch, a technology platform in the UAE that was established in 2016 to take the hassle out of buying and selling used cars through direct seller-to- buyer deals, and offers a proprietary 200-point inspection and guaranteed warranty for every car.