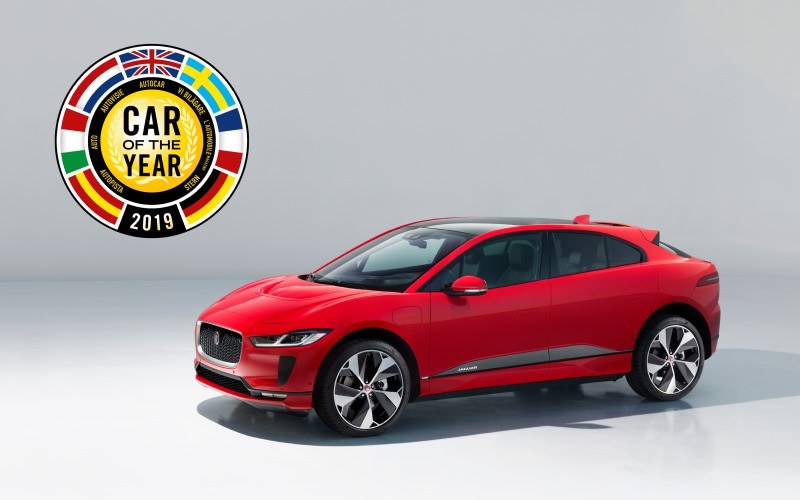 Jaguar I-Pace Chosen as European Car of the Year

The all-electric Jaguar I-PACE has been chosen as the ‘Car of the Year’ at the European Car of the Year Awards 2019. This is the first time that a model from Jaguar has won the prestigious prize.

The car was chosen for the European Car of the Year award by a jury that comprised 60 motoring journalists drawn from 23 countries. The entries for the award were judged on the basis of several criteria like design, efficiency, technical innovation, performance and value for money.

Commenting on the award, Prof. Dr. Ralf Speth, Chief Executive Officer, Jaguar Land Rover, said that it gave the company a huge sense of pride to have its first electric model chosen as the European Car of the Year.

The I-PACE was designed and engineered from scratch in the UK and is recognized as the most technologically advanced battery electric vehicle. It has truly transformed the electric vehicle scene and Dr. Speth termed the award as an honour and recognition of what the brand’s world-class team delivered in the model.

On the sales front, the Jaguar I-PACE has proved to be a success globally, and over 8,000 customer deliveries have been made so far, of which 75 percent of them were in Europe.

The I-Pace has been engineered to take full advantage of its electric powertrain and its bespoke aluminum architecture and offers just the right combination of sports car performance and SUV practicality.

Charging is easy for customers as they can use the Jaguar public charging service, which can be accessed through a dedicated app or by using an RFID key. Payment is streamlined through tailor-made charging packages and tariffs which are compiled into a simple monthly bill. I-PACE customers have access to over 85,000 charging points across Europe.

The I-PACE has received as many as 55 awards globally since it made its debut a year ago. The awards include German, Norwegian and UK Car of the Year, the EV of the Year award from BBC TopGear magazine, China Green Car of the Year, and Autobest’s ECOBEST Award.