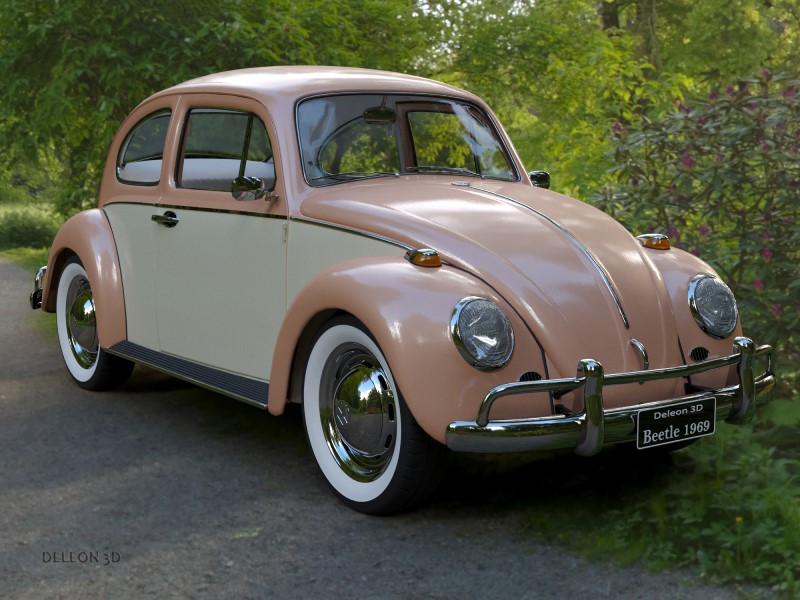 The Beetle is the Most Common Car Featured In Video Games

Video games, especially during this time when we are all stuck in our homes are highly popular. There is no age barrier when it comes to enjoying video games, especially when cars are featured and the game involves chasing villains in James Bond style or racing on Formula One tracks. One would think that in such a game, it would be a sportscar or a hypercar that rated really high in terms of appearance or performance which would be most popular. Carwow recently conducted a poll which indicated however that the car which was most commonly featured in video games was the humble and middle-of-the-road Volkswagen Beetle. It was the model that was most commonly seen on virtual roads. The results of the poll are given here: https://www.carwow.co.uk/blog/the-cars-most-featured-in-video-games

In order to find the most popular vehicles in video games, the experts at carwow carefully analyzed thousands of video games with input from the online resource the Internet Game Cars Database. After they crunched the numbers, they found that the Volkswagen Beetle which was featured in games like Grand Theft Auto and Gran Turismo Sport was the topper, while the classic American car, the Chevrolet Camaro Mk.I was the runner-up with appearances in games like Far Cry, The Sims and Dead Rising 3. The car was launched on the roads (in real life) in the mid-60s

The car that took the third spot is a model that is often used as a police car, the Ford Crown Victoria. This is perhaps not surprising in view of the fact that there are often plenty of villains, police and chase sequences in video games. The Ford Crown Victoria Sedan is seen in games like The Last of Us and The Walking Dead as well as 177 other games.

The vehicle that was fourth on the list is perhaps a little unusual, the Chevrolet Step Van. This model is a type of truck that is used for many purposes ranging from deliveries to use as vehicle by SWAT teams in covert operations. It has made an appearance in games like Call of Duty, Grand Theft Auto and Twisted Metal.

Fifth on the list is the supercar 2002 Ferrari Enzo. This striking model is seen in games like Need for Speed, Gran Turismo and Burnout Revenge. In view of the fact that the model had a production run of only 400 units, playing a video game gives you the best chance to get behind the wheel of a 2002 Ferrari Enzo.

10 Most Common Cars in Video Games:

The brand that was the most heavily featured models is Ford with its wide range of service vehicles like those used for taxis, ambulances and police cars. The other winning brands are Chevrolet, Toyota and Nissan.

How do gamers fare in real life driving?
Carwow also conducted a survey to assess how gamers rate themselves as drivers. The survey covered more than 1,200 drivers and they were asked to score their driving skills on a 1-10 scale. Those who said they regularly played video games ranked themselves the highest. While the average motorist rated themselves at 7.84 out of 10, those who played video games regularly gave themselves an average rating of 8.7 out of 10, which was a whole point higher. This was in sharp contrast to the actual scenario as the survey revealed video gamers are more likely to have been involved in an accident and caught speeding.

26 percent of gamers admitted that they had two or more speeding convictions, higher than the 19 percent of all drivers, while only 17 percent of those who didn’t play video games had two or more such speeding convictions. Gamers also had more accidents, with 37 percent admitting to two accidents or more and an accident rate per driver of 1.3 when compared to the average of 0.6 across all drivers.

carwow’s Consumer Expert Vix Leyton said: ‘We like to think we know cars pretty well, but with gamer Brits spending on average 6.76* hours a week playing video games we realised we didn’t actually know much about the virtual cars people were behind the wheel of. We had expectations that the most common video game cars would be over-the-top supercars or indestructible 4x4s, so it was quite a surprise to see that it was actually the classic Volkswagen Beetle that was the top model. The good news is that if gamers grow attached to their virtual ‘bug’, the VW Beetle is a model that can be snapped up fairly easily in real life – sogamers could recreate their virtual driving experiences with relative ease.”