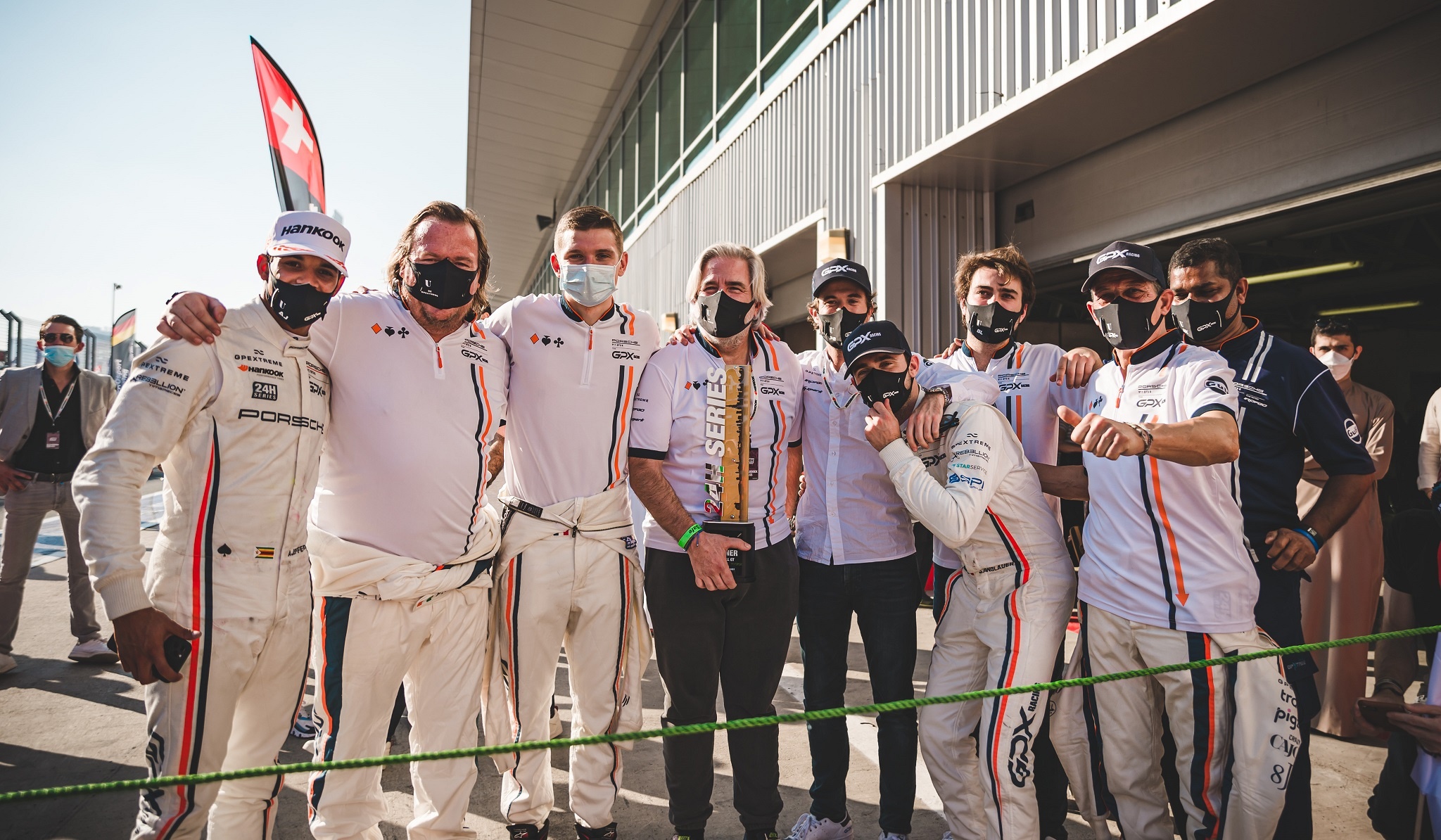 UAE-based motorsport team, GPX Racing, secured its first-ever victory at the 24 hours of Dubai endurance race this weekend at Dubai Autodrome. The Dubai-based team raced to victory on its home circuit after clinching  nine podium finishes in endurance racing over the past two years – including becoming the first-ever race team to proudly fly the United Arab Emirates flag on the podium in front of an international crowd at the legendary Spa 24 hours race in 2019.

The team of drivers – Mathieu Jaminet, Julien Andlauer, Axcil Jefferies, Frédéric Fatien, and Alain Ferté – were up against top-level opposition from the world of endurance racing, but put in a faultless performance and led the 24-hour race at their Dubai Autodrome home for almost the entire duration in the Porsche 911 GT3 R proudly wearing the UAE flag on the roof.

In qualifying, the #36 911 GT3 R set the fourth-fastest time and quickly got stuck into the battle for victory amongst the Mercedes, Audis, Lamborghinis and the other Porsches – which were also favourites for the win. The gaps between the rivals were tight and the Porsche in Gulf colours took the lead after around two hours of nail-biting racing. With no major glitches to hinder its momentum, and with two hours to go to until the chequered flag was waved, the team opted for a conservative rhythm and crossed the finish line one-and-a-half laps in front of its nearest competitor after covering 600 laps of Dubai Autodrome.

Pierre-Brice Mena, Team Principal: “It’s difficult to find a better way to start the year! This was one of the races we really wanted to win as we’re based here in Dubai and this is our home circuit. We’re very proud to have achieved this feat, especially after our retirement at last year’s race. The week didn’t get off to a great start as we lacked a big chunk of performance on Monday. We only finished fine-tuning the setup for the 24 hours on Thursday during qualifying. In the race itself we were in the mix; the car ran like a dream and we were able to count on a pretty exceptional bunch of drivers. The race was a delight and there was a super ambience between the drivers. Everything went off naturally without stress and we savoured every moment.”

GPX Racing’s next target will be to make a success of their debut in the Asian Le Mans Series on the very same circuit, the Dubai Autodrome, on which two 4-hour races are scheduled on 13-14 February.