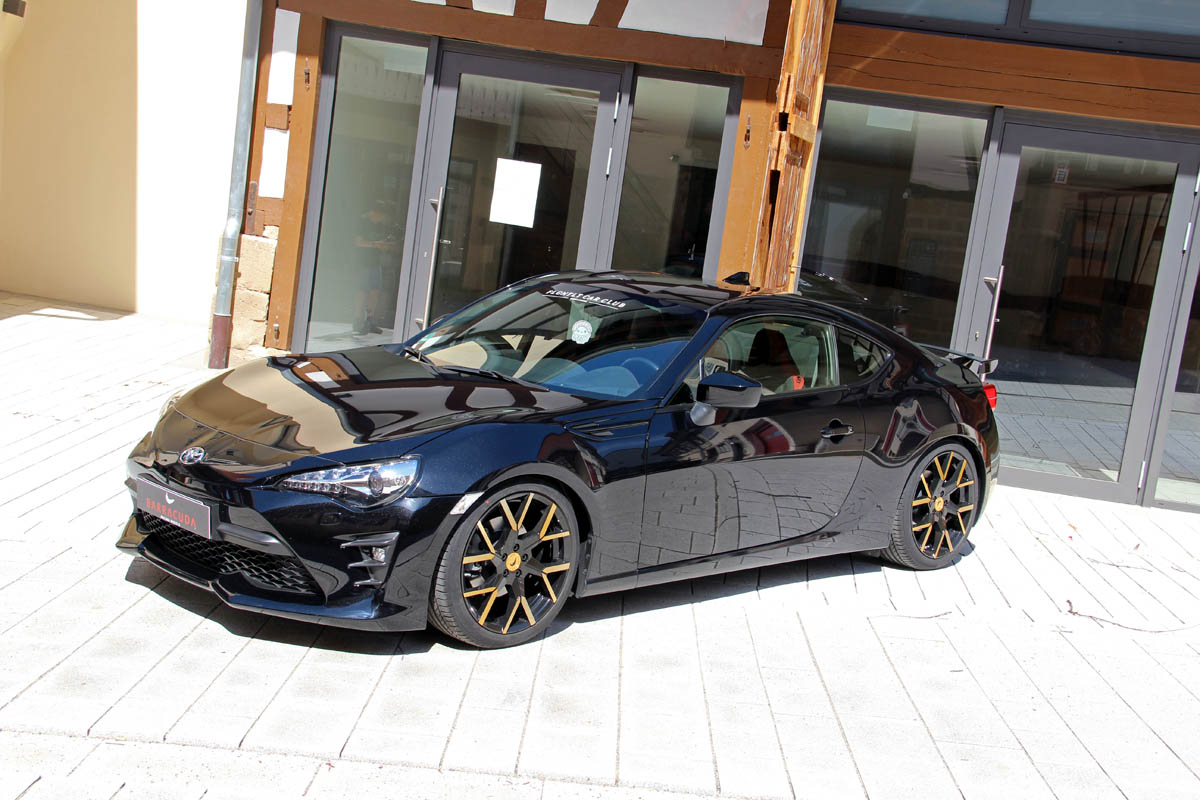 Almost exactly ten years have now passed since Toyota launched the GT86, an
affordable and fun compact sports coupé. It inspires fans and drivers with its classic
layout with naturally aspirated engine, manual transmission and rear-wheel drive
and the resulting puristic driving behavior. While the second generation is now in the
starting blocks with the GR86, which is only available in Europe for two years and in
a limited edition, the predecessor is still quite popular – not least in the tuning scene.
For example, this example now presented was equipped with a set of high-quality
Barracuda Racing Wheels.
The strikingly asymmetrically styled and popular Tzunamee EVO alloy wheels in
8×18 inches sit on the axles of the GT86. The concave wheels attract attention with
their eye-catching special finish Flash Gold and are fitted with Continental tires in
size 225/40R18. In addition, the Japanese athlete received a suitable lowering,
which underlines its dynamic character: the lowering of the body by around 40
millimeters at the front and rear is thanks to an ST X coilover suspension.
Last but not least, the specialists from JMS Fahrzeugteile provided an even more
powerful sound: They installed a Milltek exhaust system with TÜV approval from
their huge range of tuning parts.