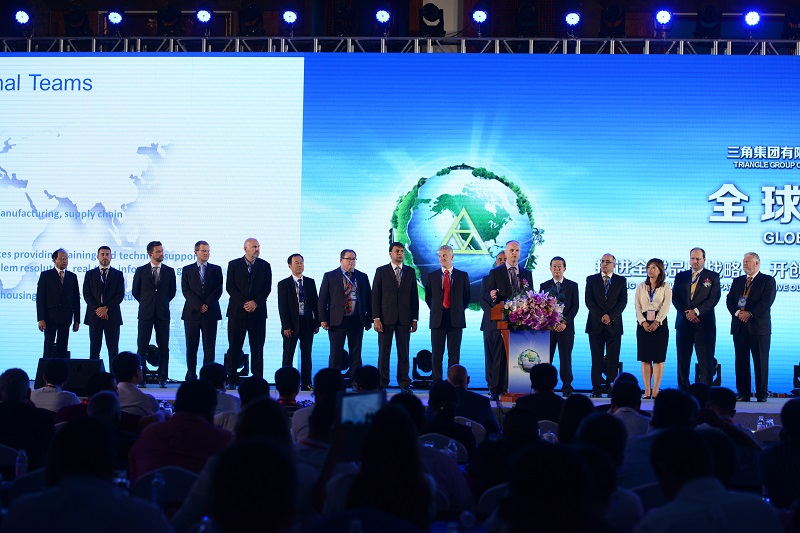 Triangle Tyre held the company’s “2017 Global Summit” in the Chinese coastal city of Rongchen from June 27 to June 29. The event was attended by over 400 guests including customers from different parts of the world, suppliers, bank executives and government officials.

The aim of the event was to help the tyre manufacturer to strengthen its relationships with its business partners across the globe and to share its plans for the next stages in its growth story, especially in the global market.

Currently, Triangle is engaged in expanding its presence globally as part of its drive to become one of the top tyre manufacturers in the world and to increase its market share in key markets across the globe.

As part of this global growth strategy, the company set up regional headquarters in all continents. It also ramped up its activities in the North American tyre market, where it already has a research facility in Ohio and a subsidiary based in Tennessee.

Triangle’s base in Europe is located in Milan Italy. The company’s headquarters for Russia & CIS is in Moscow. The Latin American operations are managed from Panama, while the Dubai regional office oversees sales and operations in the Middle East and Africa region. New Dehi serves as the base for its operations in India and the Asia Pacific region is controlled by both the offices in Bangkok and in and Sydney, Australia.

Commenting on the progress the tyre manufacturer has made in 2017, Tony Nobilo, executive general manager, international sales and marketing, said that the teams that have been set up in each regional headquarters are now developing the infrastructure to provide the company’s partners in individual markets with the support they need. He added that the focus of the local teams would be on contributing to marketing activities and revenue growth, as well as on achieving ambitious market share targets.

He concluded, “We are also deploying technical resources into the field to better support the needs of our customers worldwide, and to gather real-time technical information that will accelerate new product development and continuously improve the quality of our products.”