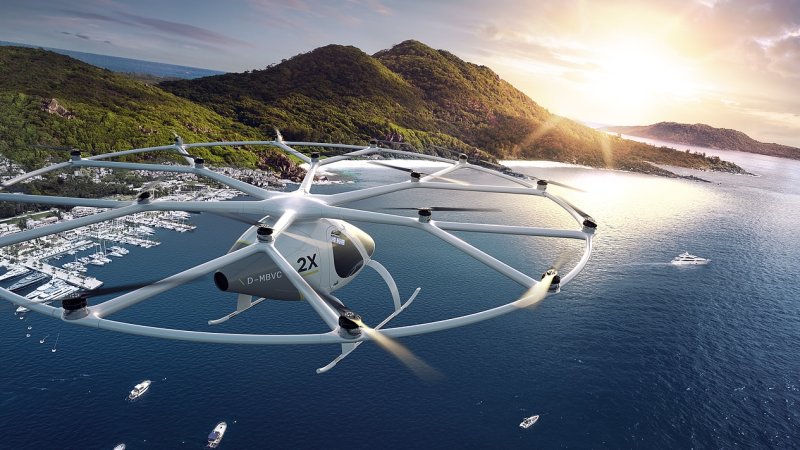 Leading automotive manufacturer, Daimler is one of the firms that has made an investment in Volocopter, a German startup that is engaged in making flying electric taxis for Dubai. The company raised as much as USD 30 million from a consortium of investors, including Daimler and entrepreneur Lukasz Gadowski.

These funds will be used by Volocopter to continue its work on developing two-seater electric vertical take-off and landing vehicles (eVTOL) which are expected to dominate the flying taxi market. In order to expedite these plans, Volocopter has plans to hire more engineering experts in the fields of electric propulsion, software and development of flight systems. If all goes as planned, Volocopter will be able to bring the first licensed eVTOL to market in 2018.

Autonomous flying taxis might sound like they belong in science fiction, but drones are already a reality and Velocopter is just one of the many companies that are working on making autonomous flying taxis a reality. Another company that is venturing into this territory is the ride-hailing company Uber. The Uber Elevate program plans to use a network of small, electric aircraft that can take off and land vertically. Other players in the same space include aircraft manufacturer Airbus, AeroMobil, Kitty Hawk and startups Terrafugia and Lilium.

Volocopter is working with the Roads and Transport Authority (RTA) in Dubai to make autonomous air taxi a reality by the end of 2017. Dubai has ambitious plans to use autonomous vehicles to transport 25 percent of its passengers by 2030.