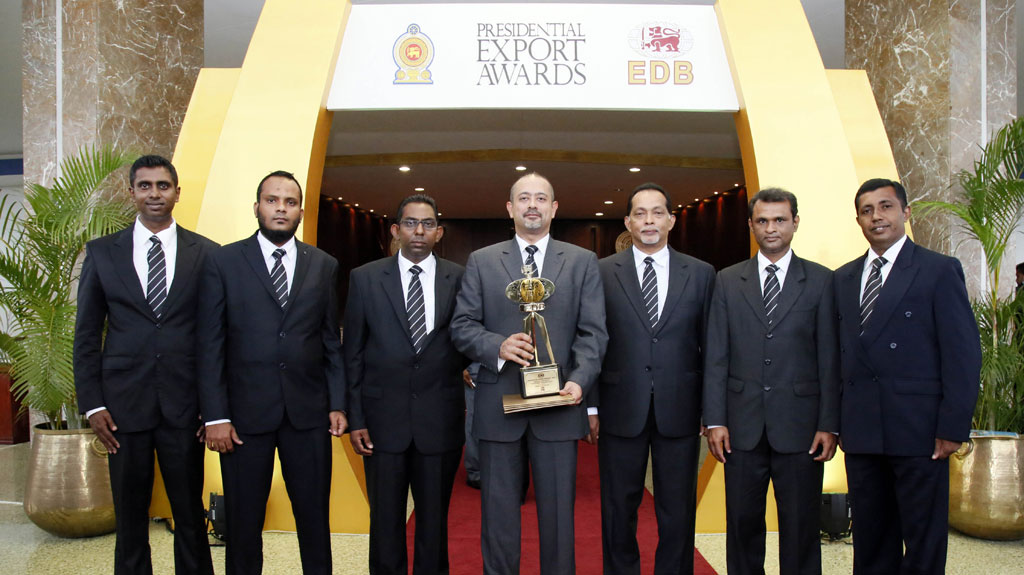 Trelleborg’s factory in Sri Lanka was honored by the Sri Lankan government for its export achievements. Trelleborg Wheel Systems received the Presidential Export Award from the government in a ceremony that was attended by Sri Lanka’s President Maithripala Sirisena in Colombo.

The Presidential Award has been instituted to recognize those companies that have contributed significantly to the Sri Lankan economy through exports. In the 25th edition of the awards, Trelleborg received the award for the “Highest Value Added Exporter of the Sector” from Navin Disanayake, Minister of Plantation Industries.

Commenting on the award, Sanjay Melvani, Managing Director of Trelleborg’s manufacturing facility in Sri Lanka said that Trelleborg has had a manufacturing presence in Sri Lanks for over 25 years and is proud of being a key contributor to the country’s economy. He added that the factory’s  high levels of exports highlights the strength and quality of Trelleborg’s products as well as the benefits of the company’s initiatives to enhance performance through internal commitment and excellence programs that it has conducted in recent years. He went on to thank all the various Trelleborg teams involved, especially the supply chain team which had streamlined the exports process right from the order stage through to delivery and the purchasing department which made great efforts to procure raw materials locally.

Trelleborg Sri Lanka has received the ISO 9001 and ISO 14001 certificates with regard to quality control and environmental management systems respectively.

Melvani added that the company’s high standards and outstanding commitment to quality helped it to produce global market leading premium products like the factory’s premium resilient tires. He said, “Being known as a certified company that follows high standards and which continues to grow underlines the importance and positive effect of Trelleborg as a valued employer in the region.”