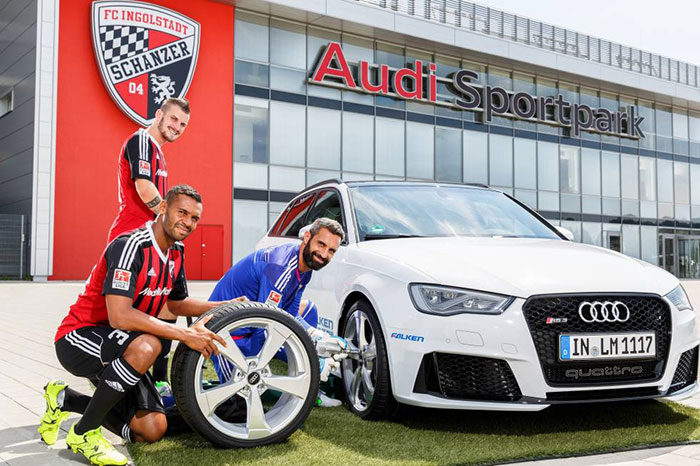 Sumitomo Rubber Industries Ltd. has announced that the company renewed a one year “platinum sponsorship” deal that it had signed with FC Ingolstadt 04. The team was formed by the merger of MTV Ingolstadt and ESV Ingolstadt in 2004. It participated in Germany’s top Bundesliga professional football league for the first time in the 2015-2016 season. The team was promoted to the First pision when it emerged as the champion of the Second pision Bundesliga in the 2014-2015 season. In its first season in the top pision, the team performed respectable, finishing as the 11th out of 18 teams in the top league.

As an outcome of the sponsorship, SRI will benefit from a wide range of promotional opportunities for its Falken brand.SRI will have the right to play commercials on the big screen in games that are played at the team’s home stadium (Audi Sportpark). SRI will also have the right to display the Falken logo on LED boards and fixed signage around the football ground, on backdrops during media interviews by the players and the coach and on the team’s official website.

With this sponsorship deal, SRI is hoping to boost awareness of the Falken brand and reinforce its image as a youthful and energetic brand.

As part of the deal, SRI will also sponsor the Audi Schanzer Football Academy, a football camp for children from 4 to 14 that will be held in different locations spread across China, Austria, Hungary and Germany.