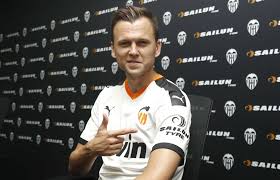 Sailun Tyre Teams up for Football with Valencia CF

Sailun Tyre has finalized an agreement with leading football club, Valencia CF to support the team as its Official Global Partner and Official Tire Partner for the next three seasons. Sailun Tyre is one of the biggest tire manufacturers in the world and is based in Qingdao (China).

Sailun Tyre is hoping to use its partners with Valencia CF as an international platform to connect with its customers, including Valencia CF fans, and to boost brand awareness across Europe. It is hoping that sports fans and everyday motorists across Europe will discover that Sailun tires are a smarter alternative to other more expensive tire manufacturers.

During the next three years, Sailun will devote a lot of effort to the youth academy program to ensure young players and their families are safe on the road and successful on the field.

Commenting on this new partnership, Valencia CF president Anil Murthy said that Sailun Tyre is a relatively young company, which was established in 2002, but has grown at a really fast pace and now has a presence in over 150 countries across the world. Like Valencia CF, Sailun aims to conquer the world and has chosen to promote its brand through an up and rising global football club, Valencia Club de Fútbol. Valencia CF has displayed a lot of ambition in the past two years and is currently playing in the Champions League again. It is being keenly watched by people across the world.

“Our incredible partnership is based on the reflected values shared between both organizations: embodying quality (football), commitment to our partners (fans), pursuing excellence (on the field), plus incredible levels of teamwork and collaboration. We are extremely excited to work with the wonderful players, staff, and fans of Valencia CF.” said Chen Huang, Managing Director of Sailun Tire Europe.