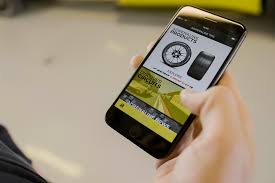 Pirelli has unveiled a new app that could transform motorsports. Earlier, car just raced around a track at their top speed to cross the finish line as fast as possible. Gone are the days when racing sports simply involved cars hurtling around a track as fast as possible. Now, both pitstop crews and racing drivers closely monitor large amounts of data second by second. They use data regarding metrics like traction control and tire pressure to decide on their next move so that they can increase their chances of emerging as winners.

Pirelli’s new app called “Track Adrenaline” now makes it possible for even ordinary people to access this kind of information using tire data and telemetry. The driver can use this app in informal races to identify things like when it is time to warm up tires, or return to the pits for a tire change.

The system involves the use of a GPS-equipped electronic box. This box is fitted inside the vehicle and is used in combination with Pirelli’s P Zero Trofeo R tires, which incorporate sensors. The information obtained through the sensors is then conveyed to the Track Adrenaline smartphone app, which also provides data regarding acceleration, braking and lap times in addition to tire data.

Pirelli said that the app is meant to appeal to “gentlemen drivers, professionals and driving schools”. The app of course can only be used when Pirelli’s motorsport tires are used and they are definitely not cheap.

It is expected that the system will be used on a more widespread basis in the future. Earlier, this kind of racing data was only available to professional track teams. Pirelli’s new app makes this data available to anyone.