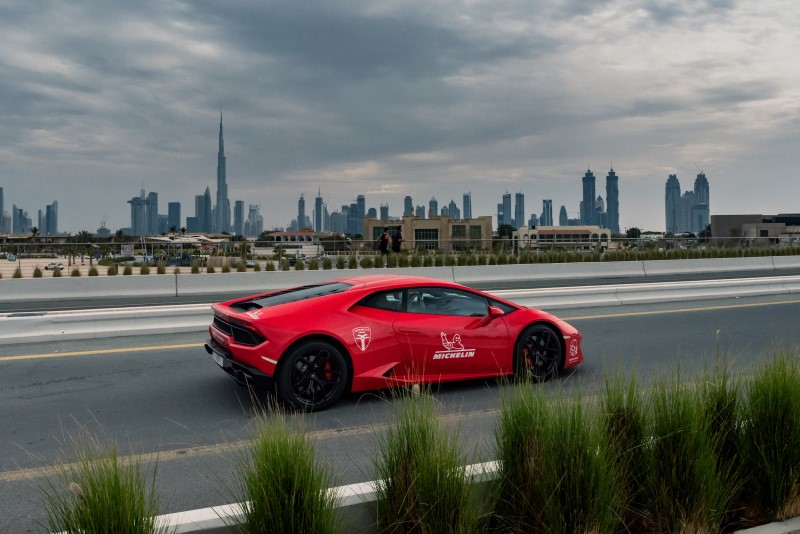 Supercars Club Arabia was established in 2014 by Sheikh Salman bin Isa al Khalifa and Talal Fakhroo with the goal of creating an exclusive club of supercar owners who would gather together to explore and experience the world’s best roads for the ultimate supercars driving experience. The club’s first UAE tour was conducted in November 2014 in which 50 supercars took part. The drive started in the UAE and continued across the border into Oman. Since then, the club has conducted many such trips including international tours that covered major cities in Europe, the west coast of America, the Death Valley and even the empty quarter.

Michelin supported the SCA’s celebration of its fifth UAE Yasiah tour as part of which 10 supercars which were fitted with high-performance Michelin tires took to the road for a fun filled weekend of adventure and driving passion. The drive started with an opening dinner at the Bvlgari Yacht Club in Dubai and covered Ruwais and Sir Baniyas Island. After the dinner, the convoy took a drive down the Sheikh Maktoum Bin Rashid Road towards Sir Baniyas Ferry on to Sir Baniyas Island.
On the second day of the tour, the Supercar Club Arabia UAE tour took over Sir Baniyas Airport to conduct time trials and exciting drag sessions. The exclusive tour was sponsored by Michelin. The tire manufacturer is the exclusive tire partner of SCA. The tour ended with a drive to The Four Seasons Hotel for a closing dinner.