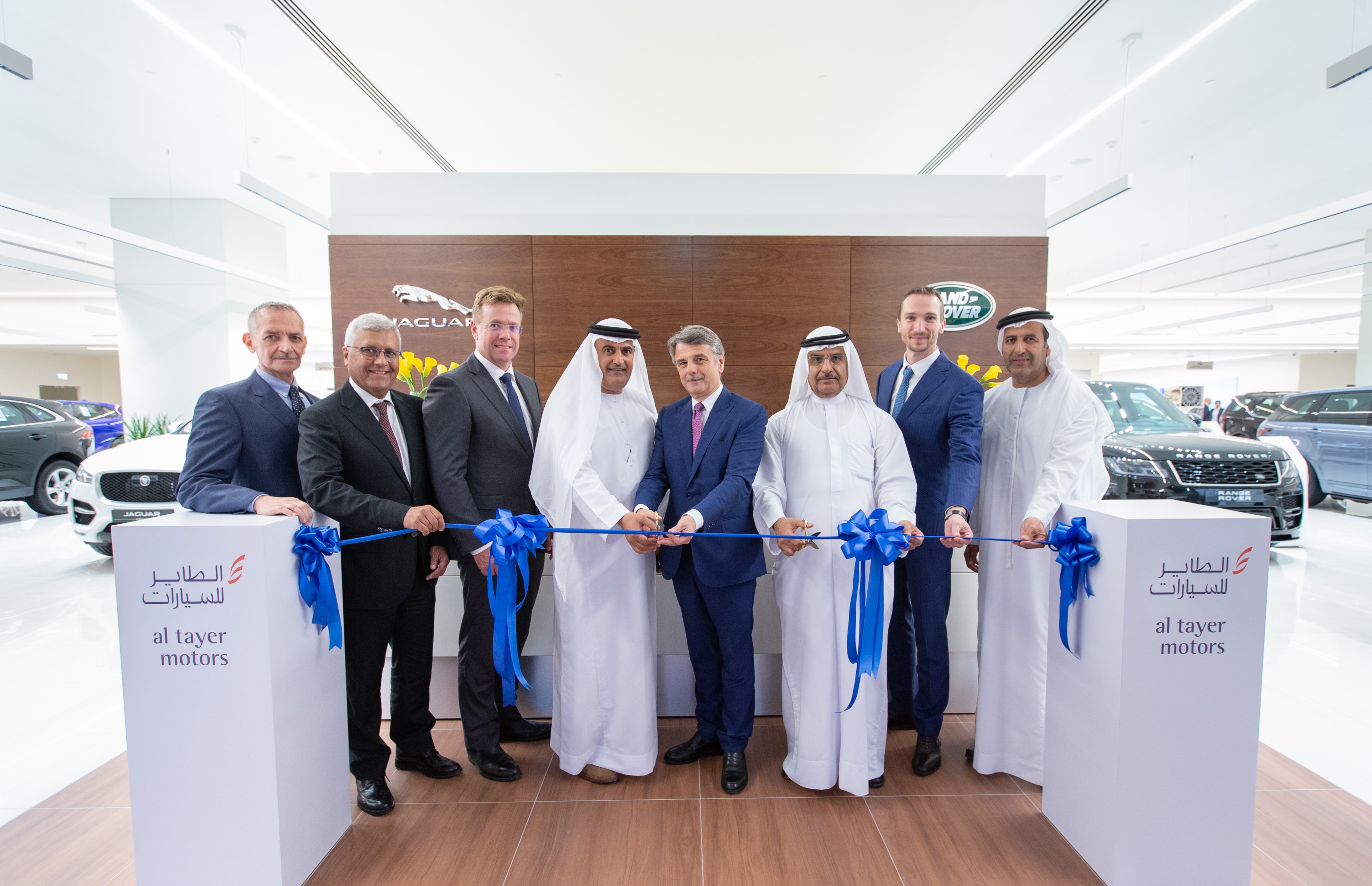 Al Tayer Motors, which is the official importer-dealer for Jaguar and Land Rover vehicles in the UAE, has expanded its footprint across the country by opening a new Jaguar Land Rover facility in Garhoud, Dubai at the same prominent site where the company’s showrooms were operating from 1987 to 2000.

Commenting on the opening of the new facility, Ashok Khanna, Chief Executive Officer, Al Tayer Motors said that the previous Garhoud facility was one of the first that with which Al Tayer Motors expanded its operations. Building the new showroom at the same site was evocative of the company’s heritage as one of the earliest luxury automotive dealerships in the UAE. Al Tayer motors is now expanding its expansion by investing in state-of-the-art, stand-alone retail spaces to ramp up the customer experience. The retail spaces would have advanced features like a number of environmentally friendly technologies that would help Al Tayer Motors to minimize its carbon footprint.

The new facility which covers 2,700 square meters is more than three times the size of Al Tayer’s current showrooms in Garhoud. It has been built in accordance with the new Jaguar Land Rover global ARCH standards, and is meant to make customers comfortable with a bright, welcoming atmosphere. It can accommodate the expanded range of models from both brands, as well as any future additions to their lineups.

Speaking at the inauguration Prof. Dr. Ralf Speth said; “Al Tayer Motors has been an important and long standing partner for Jaguar Land Rover in the United Arab Emirates. Their consistent investments in providing world-class showrooms and services centres focused around our customers at the core sets them apart. The opening of this new Garhoud facility is another step towards ensuring our customers are at the centre of the vehicle purchase experience when it comes to our great iconic brands.”

Prof. Dr. Ralf Speth also used the occasion to present an award to Al Tayer Motors for its outstanding market performance in the MENAP region. This award also recognized the company’s efforts to promote the company’s brands across the UAE.

For the new facility, Al Tayer Motors focused on the use of environmentally friendly technologies for the water, air conditioning and lighting systems. Energy costs will be lower with the use of LED lighting across the facility and the use of motion sensor technology to switch off the lights during quiet or unused periods will also help cut energy costs. State-of-the-art insulation materials reduce the energy consumed by the Heating Ventilating and Air Conditioning (HVAC) system.

The Jaguar Land Rover showrooms, which were previously operating from the Garhoud Atrium building near the GGICO metro station will now be operating from the new ‘Manazel Garhoud’ building which is located close to Sheikh Rashid Road, opposite the Pullman Dubai Creek City Centre hotel.

The new showrooms have the full range of the latest vehicles for both brands on display including the models such as the Land Rover Discovery and Discovery Sport; Range Rover, Range Rover Sport, Velar and Evoque; Jaguar models including XE, XF, XJ, E-PACE and F-PACE. They also have dedicated areas for displaying approved pre-owned cars from both brands as well as five specially designated bays in the basement to handover vehicles to new customers.

Additionally, the showrooms have dedicated spaces for branded goods and accessories for both brands as well as branded goods vitrine displays in the managers’ offices.

In readiness to display electric cars from Jaguar Land Rover, the new showrooms already have the necessary infrastructure to charge the vehicles in the showrooms as well as in the basement of the building.

The Al Tayer Motors Jaguar and Land Rover showrooms will be open from 8.00 am to 8.00 pm from Saturday to Thursday.