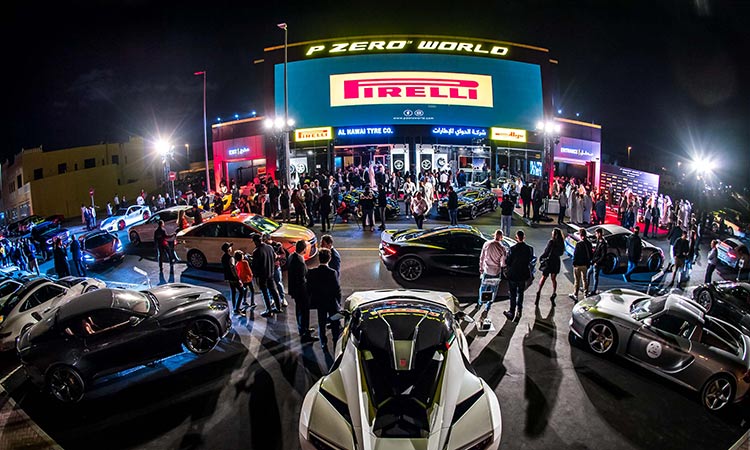 Pirelli promoted awareness of tire safety among women in the UAE with a special event to commemorate Emirati Women’s Day. The event called “Icons of Tolerance” was meant to help make female drivers in the UAE icons of safe and tolerant driving.

The event was held at Pirelli’s flagship P ZERO World Store at Hessa Street in Dubai, on August 29 and served as a platform for Pirelli to engage with Emirati female motorists, and to provide them with enhanced knowledge and skills so that they could serve as pioneers of road safety and tolerance on the roads in the country. All the women who attended the vent received a complimentary tire check and the chance to question expert staff from Pirelli on a wide range of technical tire safety issues. There was also a chance to win a set of Pirelli tires by taking part in a Formula One Simulator Challenge.

“This year’s Emirati Women’s Day is devoted to ‘Icons of Tolerance’ and we believe the UAE’s women, empowered with technical knowledge and skills, can be icons of tolerance on the UAE’s highways to improve the country’s road safety records,” explained Alberico Avogadro, Managing Director, Pirelli Middle East.

He added that the company opted to use its Hessa Street P ZERO World Store as the venue for the event as it was the first such store of its kind in the Middle East, which was established with the aim of providing world-class technology and service excellence, while enhancing road safety knowledge.