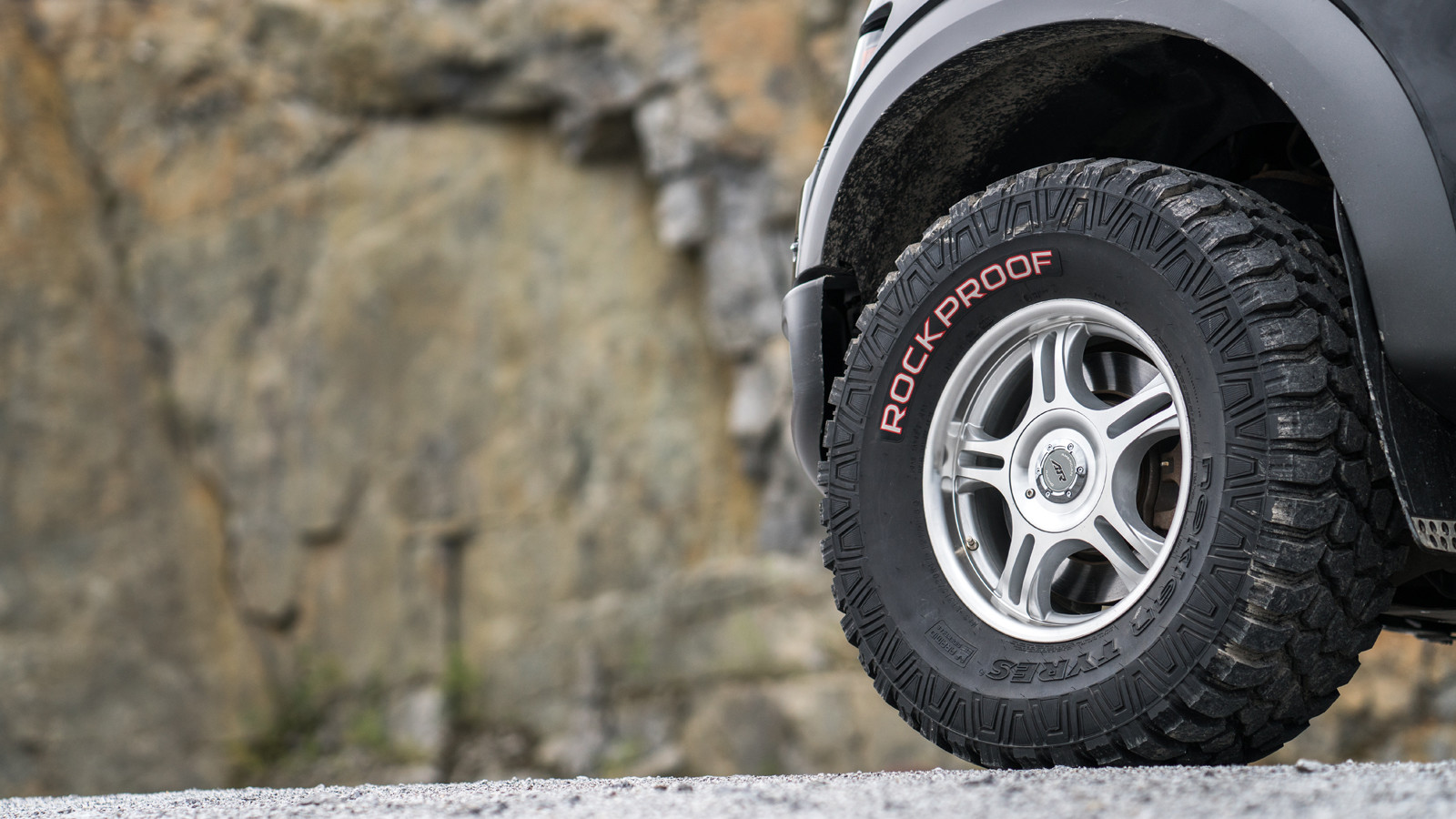 Nokian Tyres has debuted a new range of tires called “Rockproof” that are positioned as extremely durable tires which can be used as off-road tires in the mining, quarry and forestry sectors. The tires will be available at the retail level in Europe and North America in early 2017.

According to a statement released by the company, the tires comprise a mining compound that can deal with really demanding conditions during off-road use including unexpected impacts without any compromise when it comes to comfort. The statement says that the tires offer the comfort seen in passenger car tires along with the special durability of heavy machine tires. The tire was developed along with Nokian Heavy Tyres. The most distinctive features of the tires are an aggressive tread pattern and a cut-resistant hybrid tread compound which work hand-in-hand to offer users excellent resistance in rough off-road conditions.

Nokian has been testing the Rockproof tires extensively over the past few months. One of the people who tested the tires is logging operator Tom Brain of Dyer Logging who tried out the tires after fitting them on his Ford F-350 4×4. He is based in the Canadian Rockies of Vancouver Island, British Columbia, where the terrain primarily consists of  shot rock. According to Brain, the Nokian Rockproof tires have lasted longer than all the other brands he has used on his truck.

He said, “We’ve put on roughly 31,000 miles and more than half of that is on gravel. What we found is that these tires have stood up better than anything we’ve had on the last two trucks, by far.”

Apparently, the optimized tread block of the tire provides it with greater stability and more precise handling. The two different side angles and the staggered support on the block sides helps the tire’s tread blocks to remain firm and minimize the damage to the groove bottoms even during rougher driving. The upper part of the sidewall, meanwhile has been reinforced and provides the tire with additional protection against puncture and cut damage caused by sharp rocks. The tire also has stone ejectors at the groove bottoms which prevent sharp and jagged stones from attaching to the tread surface and penetrating the tire structure. They go a long way towards increasing tire life and reducing damage to the tire, especially on uneven terrain.

The durability of the tires is enhanced by a tougher sidewall which contains aramid fibers for reinforcement. This makes the sidewall more resistant to cuts and abrasions.

The Rockproof range of tires has a speed rating of Q and will initially be available in 8 sizes in Europe and in 13 sizes in North America. In Europe the sizes will range fromfrom LT225/75 R16 up to LT315/70 R17.