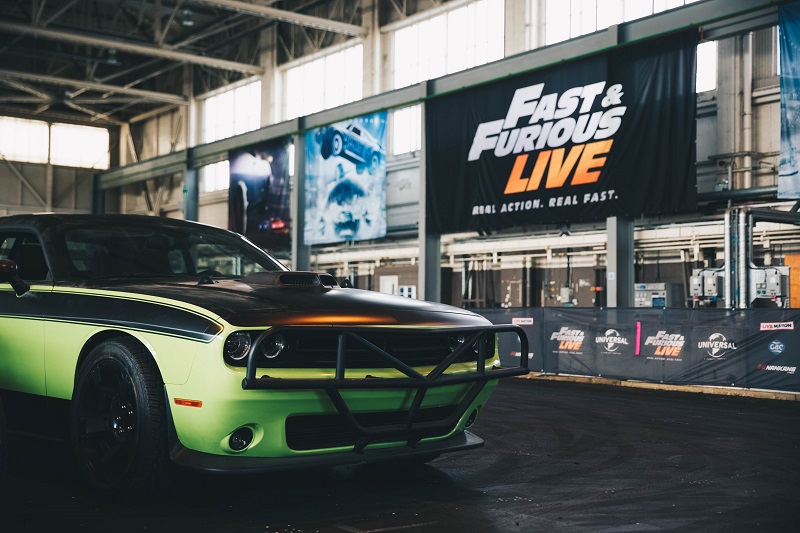 Fast Live Productions has announced their partnership with Nankang as official tyre partner for Fast & Furious Live – the global arena tour where fans can experience the adrenaline-fuelled thrills of the blockbuster film franchise built on speed. Nankang will provide all-new custom made tyres for the live action vehicles that would be featured in the live show.

Nankang is the longest established tire manufacturer in Taiwan, and has a wide range of tyres for many types of vehicles. However, it was a specific and technically challenging request from Fast & Furious Live that led to this new, five-year partnership.

The state-of-the-art 3D projection mapping that is featured in the show and allows the audience to experience settings around the globe, requires a clean floor area to function correctly. Everyday tires leave black marks when driven dynamically. Nankang’s brilliant solution was to design a ‘grey compound’ for tyres that leaves no visible mark on the arena floors when used on the Fast & Furious Live show.

James Cooke-Priest, CEO, Fast Live Productions said, “We’re extremely impressed with the ingenuity and speed shown by Nankang to develop these highly specialised tyres – made exclusively for the Fast & Furious Live show. The cutting-edge 3D projection mapping has to be seen live to be believed, and we can now push the limits of this incredible digital technology all the further thanks to the skill and determination of the engineers at Nankang.”

The partnership is already in high speed motion with the Fast & Furious Live stunt driver team using the special Nankang at “Fast Camp”, the show’s top-secret rehearsal venue, as they practice and develop the incredible movie stunts they will soon perform in live action sequences for fans across the globe.

“We’re incredibly proud to be able to bring new tire technology to Fast & Furious Live, and to have the opportunity to help this exciting, new live production reach even greater heights,” said Kevin Chuang, General manager of Nankang Tires. “To devise, test and deliver an all-new, high-performance compound of tyre was the kind of challenge we relish, and we’re really excited to see our new tyres in action in the Fast & Furious Live show.”

The adrenaline-fueled, two-hour Fast & Furious Live show is set to be the most spectacular live arena production ever produced, featuring precision performance driving and newly created physics-defying stunts. Using favourite cars and locations that criss-cross the globe along with key scenes from the film series – created via state-of-the-art 3D projection mapping – fans will be transported straight into this immersive extension of the Fast & Furious movies.