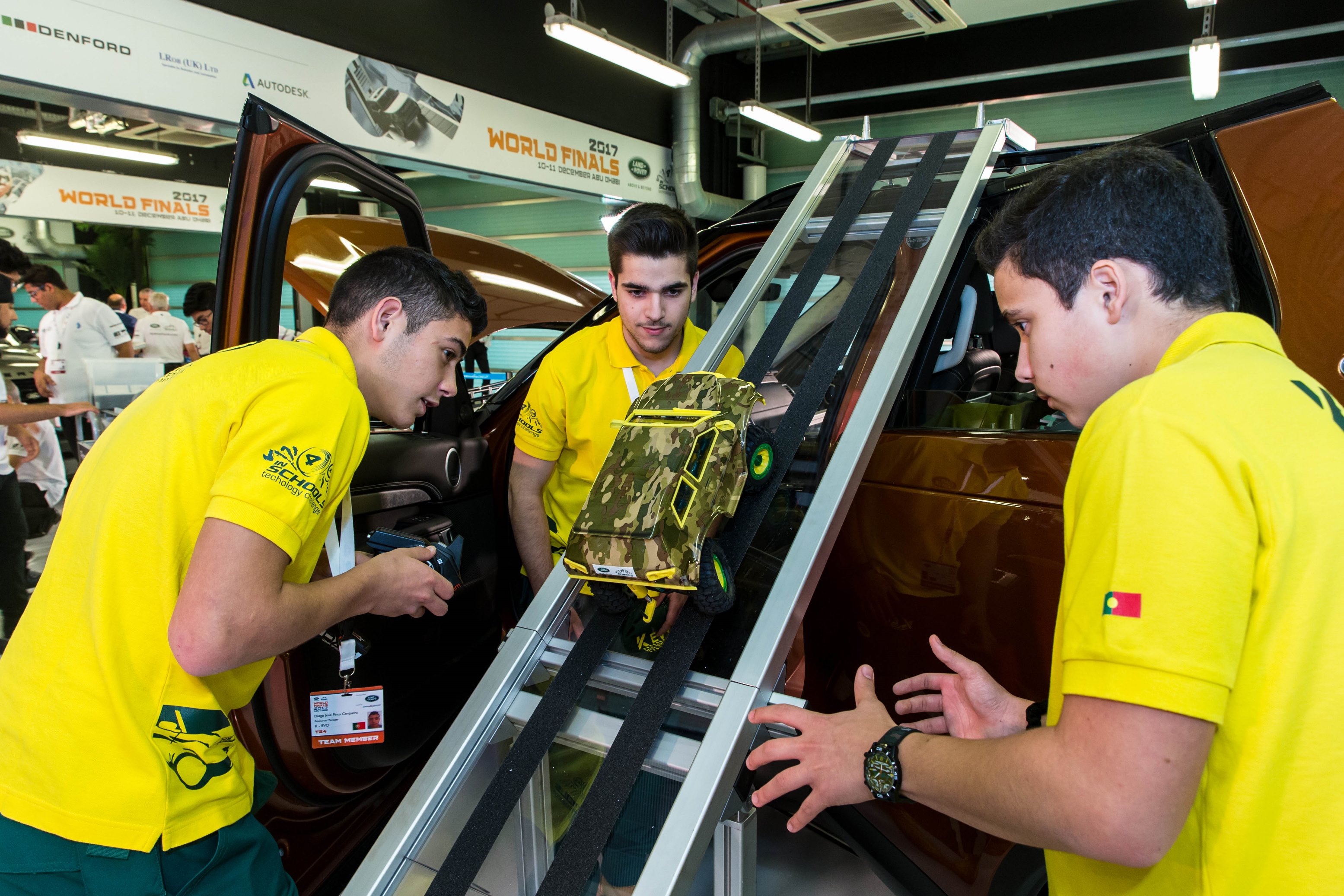 Over 150 talented future software engineers drawn from schools in 16 countries got together in Abu Dhabi for the world finals of the Land Rover 4×4 in Schools Technology Challenge. The team which represented UAE, Project RAM from Repton School in Dubai fared admirably well in the competition with two significant awards.

The young engineers who attended the event , aged 11-19, used computer coding to program miniature remote-controlled four-wheel-drive vehicles they designed and built for a two-day competition at the Yas Marina Circuit. One of the challenges at the contest involved having their vehicle negotiate a demanding course that wound its way over and through Land Rover Discovery SUVs.

The contest is meant to support curriculum learning, and also included an autonomous car coding challenge, thus highlighting Jaguar Land Rover’s commitment to Science, Technology, Engineering and Maths (STEM) subjects and motivating potential engineers from the coming generation to design and develop future electric, connected and autonomous vehicles. As part of the surprise coding task, the contestants were asked to optimize an existing set of code to help a model SUV complete a pre-set course in the fastest possible time.

The K-EVO from Portugal won the 2017 contest with Panthera, Malaysia and Fair Dinkum 4×4 from Australia securing the second and third places respectively.

Commenting on the contest, K-EVO team leader, Luís Ligeiro, aged 17, said that the challenge provided the participants with hands-on experience of running a mini-business and writing their own code. While they were all interested in STEM before the contest, contest which helped them learn more about the Land Rover Discovery production processes and electronics has motivated them to become engineers who would innovate and make vehicles in the future.

The global competition has helped Land Rover to reach over three million young people from the time it began in 2000. A series of regional and national events are held to select the teams for the world finals. The winning team, K-EVO was the winner in the Portuguese National Final.

The winning vehicle comes with multi-link suspension, thus replicating the Land Rover Discovery, and was made using natural, modern and recycled materials like biopolymers, plastics and aluminium. This was a key factor that help them emerge as winners, according to the judges.

Project RAM from the UAE won two awards: the Sustainability Award and the Judges’ Newcomer Award. The team members from the UAE were Paula Hautvast, Sanil Jalan, Quddus Pativada, Chunyu Yang and Taher Kanaan and they are all students of Repton School Dubai.

Commenting on the award, Paula Hautvast, aged 17, Team Manager for Project RAM, said: “For every design and manufacturing process, we took into consideration sustainability and researched the options for material. We used plastic milk cartons from our school for the car body, which we pressed and made sheets to fold and form the shell. We also recycled wooden pallets from our school for our pit display. As newcomers without much experience we knew it would be a tough challenge to win so we took sustainability as our focus for the world finals. We are delighted our strategy worked and are very proud to represent UAE in the competition.”

She went on to add that the Land Rover 4×4 in Schools Challenge has shaped her future career plans as she came to enjoy the coding aspect of the process. Paula is now planning to study computer science at university.

Alex Heslop, Director of Electrical Engineering, Jaguar Land Rover, said: “I am hugely passionate about engineering and inspiring more young people to consider STEM careers. The Land Rover 4×4 in Schools competition will help us fill exciting future roles in software systems, cyber systems, app development and graphics performance. The new coding challenge is a great way to introduce young people to the importance of software innovation in our cutting-edge business.”

The UK’s leading investor in research and development, Jaguar Land Rover has launched a global initiative which aims to recruit more than 1,000 electronic and software engineers to its expanding business. In June this year, the company launched an innovative, mixed-reality recruitment app in collaboration with virtual band Gorillaz to find global future engineering talent.