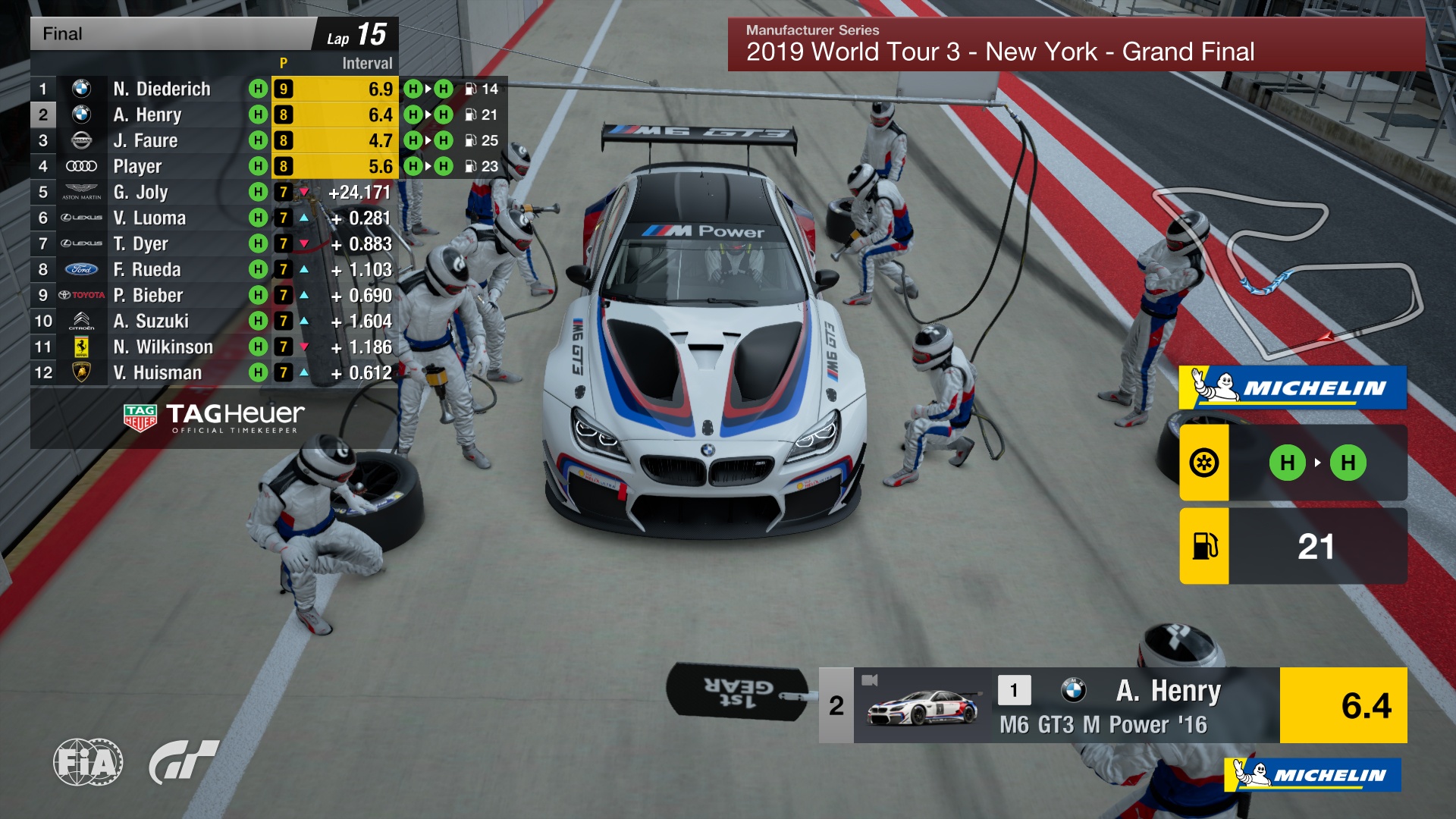 Michelin has ventured into the world of video games with the announcement that the company will now be the official tire technology partner of PlayStation’s Gran Turismo franchise, the renowned driving games.

As an outcome of the multi-year agreement, Michelin will also be the “official tire supplier” for the FIA Certified Gran Turismo Championships, and Michelin-branded tires were featured in the game during its third World Tour live event.

The sponsorship will start off with Michelin getting more coverage through availability of free downloadable content on Gran Turismo Sport which will be available to from October 2019. The Michelin-themed download will comprise:

1. A new Michelin section on the Gran Turismo Sport “Brand Central” virtual museum, through which players can learn about Michelin’s longstanding association with global motorsports, performance and innovation.
2. Tire technology by Michelin which will be available in the “Tuning” section of Gran Turismo Sport, and which would be used throughout the established hard, medium and soft formats of the game.

3. On-track branding elements and scenography culled from footage of many of the leading motorsports competitions and venues across the globe.

Michelin began its connection with motorsports when the Michelin brothers entered a purpose-built car in the Paris-Bordeaux-Paris motor race in 1895 to highlight the performance of air-filled tires. Over the years, Michelin has achieved a record of innovation and ultra-high performance in some of the most renowned and demanding racing competitions around the globe, including 22 consecutive overall championships at the iconic 24 Hours of Le Mans and over 330 FIA World Rally Championship victories.

Through racing series like the FIA World Endurance Championship, FIA World Rally
Championship, FIA Formula E and International Motor Sports Association series in the U.S., Michelin uses the racetrack as its laboratory to try out innovations and collect huge amounts of real-world data that in turn lead to the use of new materials and techniques for the production of more durable and efficient tires for street legal cars. Tire technologies that are tested and proven on the track are eventually transferred to road-going performance vehicles like many of the vehicles depicted on screen in Gran Turismo.

In the first such co-development exchange of its kind, Michelin plans to share this expertise with Sony with the goal of providing Gran Turismo players with a new perspective when it comes to strategy and competition linked to tire selection and performance. This would take them closer to the pit-level decisions that race teams evaluate on every track.

Scott Clark, executive vice president of the Americas region for Michelin Group, who is responsible for the Company’s global automotive, motorsports and experiences business segments said that the relationship between the two collaborators is a perfect match as it connects the most successful virtual driving experience with the global leader for high-performance tires. He went on to add that Michelin is the industry leader in tire simulation and even before it produces tires, the company develops and tunes virtual tires on virtual vehicles, and this is translated to real tires on real vehicles with a high degree of accuracy. Combining this technology with real motorsports data will make it possible for Sony to bring more tire strategy into the game, and in the longer term, will also help more people to understand the critical role that Michelin tires play in optimizing vehicle performance.

“The FIA Certified Gran Turismo Championships is founded on a technical base established through 25 years of automotive physics simulation within Gran Turismo, and the unique automotive culture it has achieved over the years. With its passion for motorsports and solid engineering knowledge, having MICHELIN, the world’s leading tire brand, come on board as an official tire supplier of The Championships and technical partner helps us continue our vision of bridging the gap between virtual and real racing. The partnership also further highlights these events as the future of motorsports,” said Kazunori Yamauchi, series Producer and President of Polyphony Digital Inc.