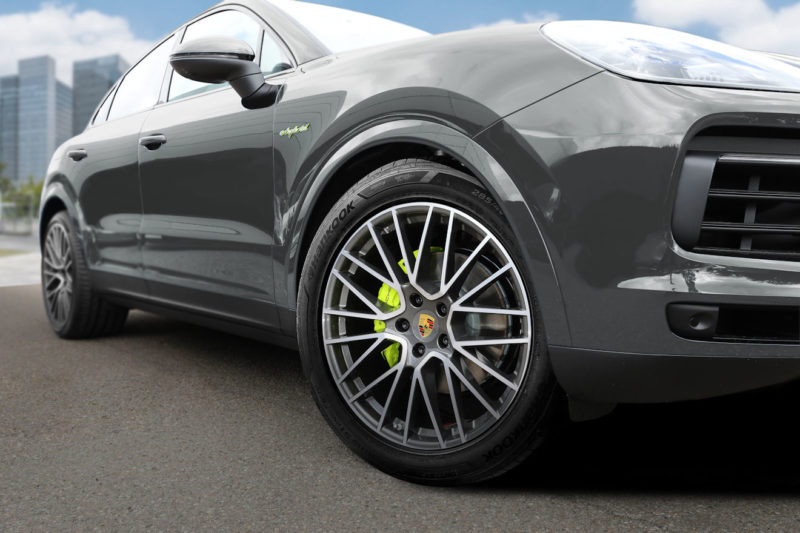 Hankook has announced that the company has secured the OE fitment for the Porsche Cayenne all-wheel drive hatchback SUV. The German brand has opted for the 21-inch variant of Hankook’s Ventus S1 evo 3 SUV tire as the OE tire for the model.

This is the second OE fitment that the Korean brand has bagged from Porsche. The first OE fitment was for the Macan in 2015.

The new Cayenne is billed as the fastest Cayenne ever in the history of the 17-year-old model, with help from its powerful 3-liter single-turbo V6 engine that has an output of 335 hp. The new Cayenne takes just 5.9 seconds to go from 0 to 60 mph and has a top speed of 152 mph. It has a payload of 1,862 pounds and can accommodate four adults.

The 2020 model will be the first Cayenne to have staggered front/rear tire/wheel fitments, according to Porsche and this change was made to promote agility, stability, driving dynamics and comfort.

Hankook said its Ventus evo3 UHP tire provides motorists with “high steering precision and very sporty handling” in wet as well as dry conditions, as its design is based on technology borrowed from expertise gained through the Hankook’s involvement in motorsports, especially with the DTM German Touring Car Championship.

“Due to the vehicle load in combination with sporty drivability, low rolling resistance and high load capacity, it was very challenging to develop the tire design for the Porsche Cayenne,” Klaus Krause, head of Hankook’s European Research and Development Centre, said.

The Ventus S1 evo 3 SUV incorporates the use of a wide range of “innovative materials” based on high-performance natural resins in the tread compound. According to Hankook, these resins increase the grip level both at peak power and over a wide temperature range.

The tire also has special nylon materials in the sidewall to ensure high driving stability even when fully loaded and has the advantage of high resistance and durability, thanks to the use of a hybrid aramid cap ply over the steel cord belts.