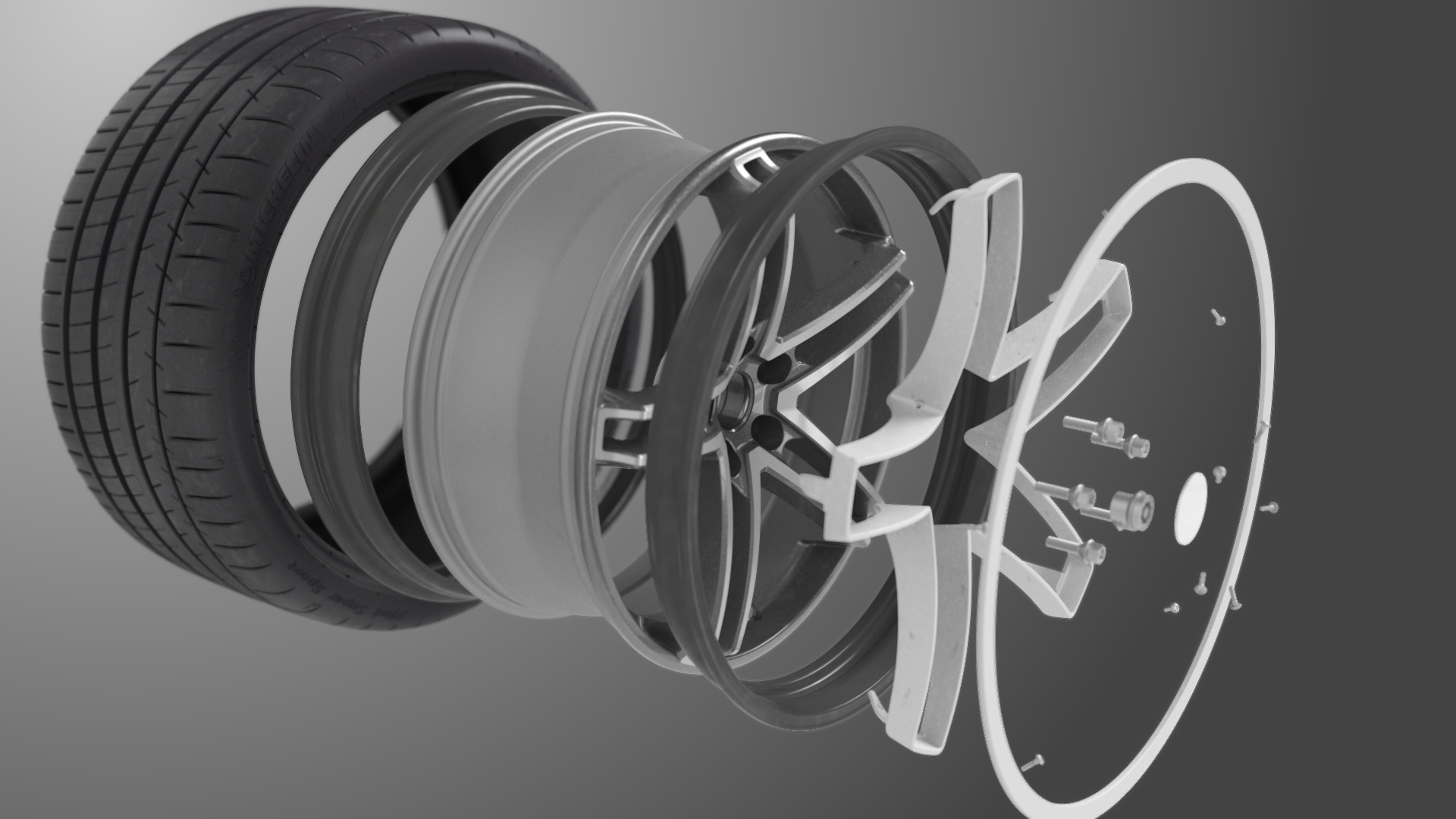 Group Michelin joined hands with Maxion Wheels to work on a car wheel that will comprise flexible rubber flanges. These flanges can significantly enhance ride comfort as they will absorb the impact from potholes and curbs.

Called the Michelin Acorus, the wheel can be used in tandem with all tires that are available in the market. It consists of an alloy rim that is narrower than normal, two rubber flanges and an optional cosmetic insert in order to protect the alloy wheel. The two companies debuted the new product at the Frankfurt Motor Show.

The name Acorus is derived from Acorus Calamus, the scientific name of a reed like plant that grows in wetlands. Just like a reed bends but does not break, the Michelin Acorus absorbs the impact of bumps and potholes on the road while staying strong.

Michelin Chief Operating Officer Florent Menegaux said that the new wheel would be particularly useful today as it has now become trendy for automotive manufacturers put larger and larger wheels on their cars.He said that the use of large shiny alloy wheels have now become an integral part of the design of modern cars. The downside is that the low profile tires that are developed as part of this trend have short sidewalls that are more vulnerable to damage on roads having potholes.

Other benefits that the Michelin Acorus offers include lower noise levels and better ride comfort when it comes to low-profile fitments.

Michelin will work with Maxion Wheels, which is one of the frontrunners in the wheel sector business, to commercialize the flexible wheel. Initially, the Michelin Acorus will be available in 19-inch and larger rim diameter sizes to makers of premium vehicles.

Michelin said that the company’s “Incubator Program” within its research group helped to expedite the development of the design.

Maxion Wheels is a division of Iochpe-Maxion S.A., which is one of the leading manufacturers of wheels for all kinds of vehicles including passenger cars, light trucks, buses, commercial trucks and trailers.