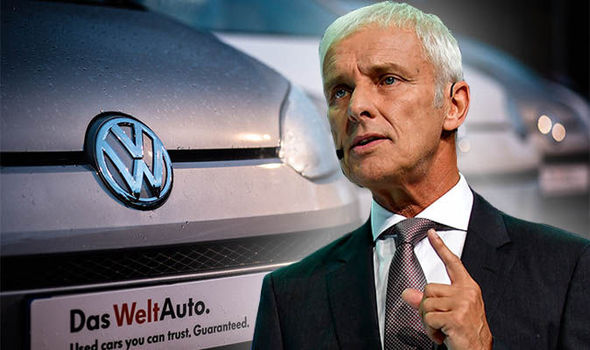 At the Frankfurt Motor Show, Volkswagen CEO Matthias Mueller said that despite the fallout of the diesel emissions scandal, Volkswagen would continue to develop diesel powertrains. In an interview he gave to CNBC, he said that the diesel vehicles that the company is making currently are clean and are fully compliant with the Worldwide Harmonised Light Vehicle Test Procedure (WLTP) requirements in addition to meeting the requirements and needs of the customers.

Many countries like UK, France and India have announced plans to slowly phase out vehicles that are powered by internal combustion engines with the introduction of measures like toxin taxes and scrappage schemes.

Mueller expressed his belief that at least for the next 10 to 20 years vehicles having combustion engines and electrified drive systems would continue to co-exist. He believes that ultimately, it should be down to the customer as to what kind of vehicle they would prefer to buy and use.

At least 11 million vehicles made by Volkswagen were affected by the diesel emissions scandal that broke in September 2015 when the company admitted that it had used defeat devices to cheat on emissions tests from 2006 to 2015.

While reiterating its faith in its diesel engine technology, the company has one foot firmly in the future. It used its pre-Frankfurt Motor Show 2017 to reveal its revised investment strategy as part of which it would invest USD 84 billion in electric cars and battery technology. Of this USD 50 billion would be invested in battery production in order to its big new range of electric vehicles belonging to different categories. Volkswagen has grand plans to 300 electric vehicle models to the market by 2030 and has doubled the amount it had planned to spend on development of electric vehicles from USD 10 million to USD 20 million.