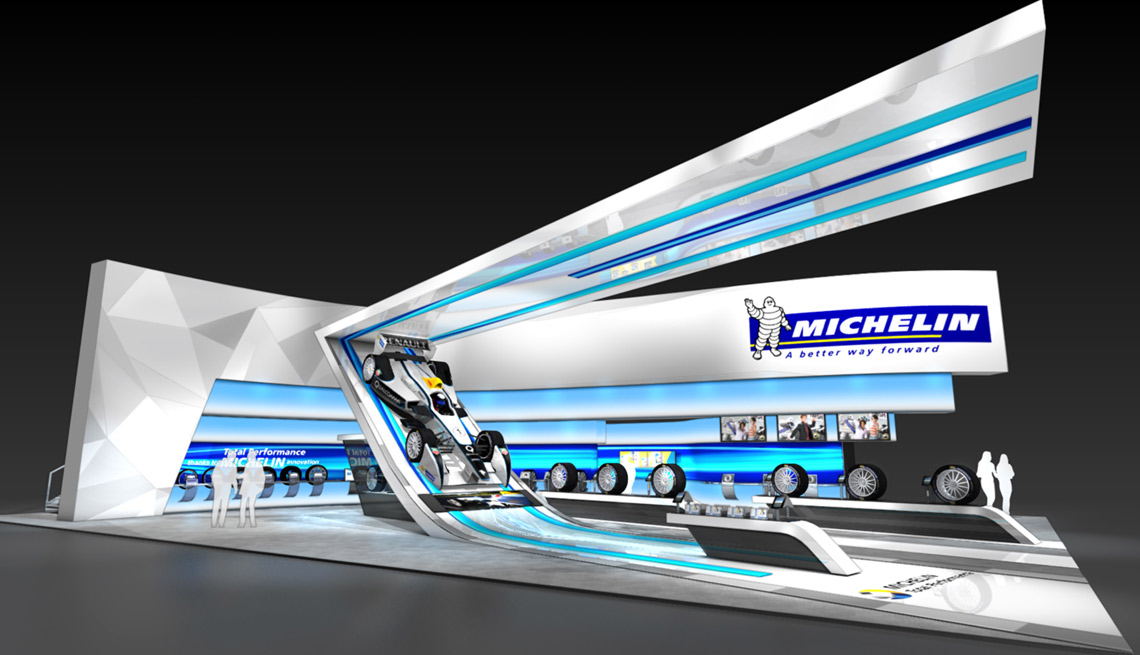 Michelin is the exclusive tire sponsor of the Detroit Auto Show for the 29th consecutive year. At its booth, the tire manufacturer is also exhibiting two Porsche 911s that have been restored and reimagined by Singer Vehicle Design of Los Angeles.
According to Michelin, the Pilot Sport 4 S effectively combines the best features of two popular tires, the Pilot Super Sport and the Pilot Sport Cup 2, giving users outstanding steering precision, immense driving pleasure, and tremendous directional stability, while also excellent grip on both dry and wet roads.
The company had commissioned third-party track tests in Germany which pitted the Pilot Sport 4 S tire against five competitors from the ultra-high-performance category and the Michelin Pilot Sport 4 S emerged as the best tire when it came to aspects like dry lap times, dry braking and wet braking.
The tire comes with a (Y) speed rating (186+ mph) and a 30,000-mile warranty. It will be launched first in the US market from March and will be initially offered in 35 sizes, in widths ranging from 225 mm to 345 mm, aspect ratios from 30 to 45 and rim diameters from 18 to 20 inches.
“When manufacturers design and build the greatest cars, they overwhelmingly choose Michelin and the Pilot tire line to connect them with the pavement and enable the very spirit of the machine,” said Jean-Dominique Senard, CEO of Michelin Group, in a press conference at NAIAS.

He concluded by saying that the Pilot Sport 4 S will be the next great tire in our Pilot range with over 60 OE fitments currently under development.