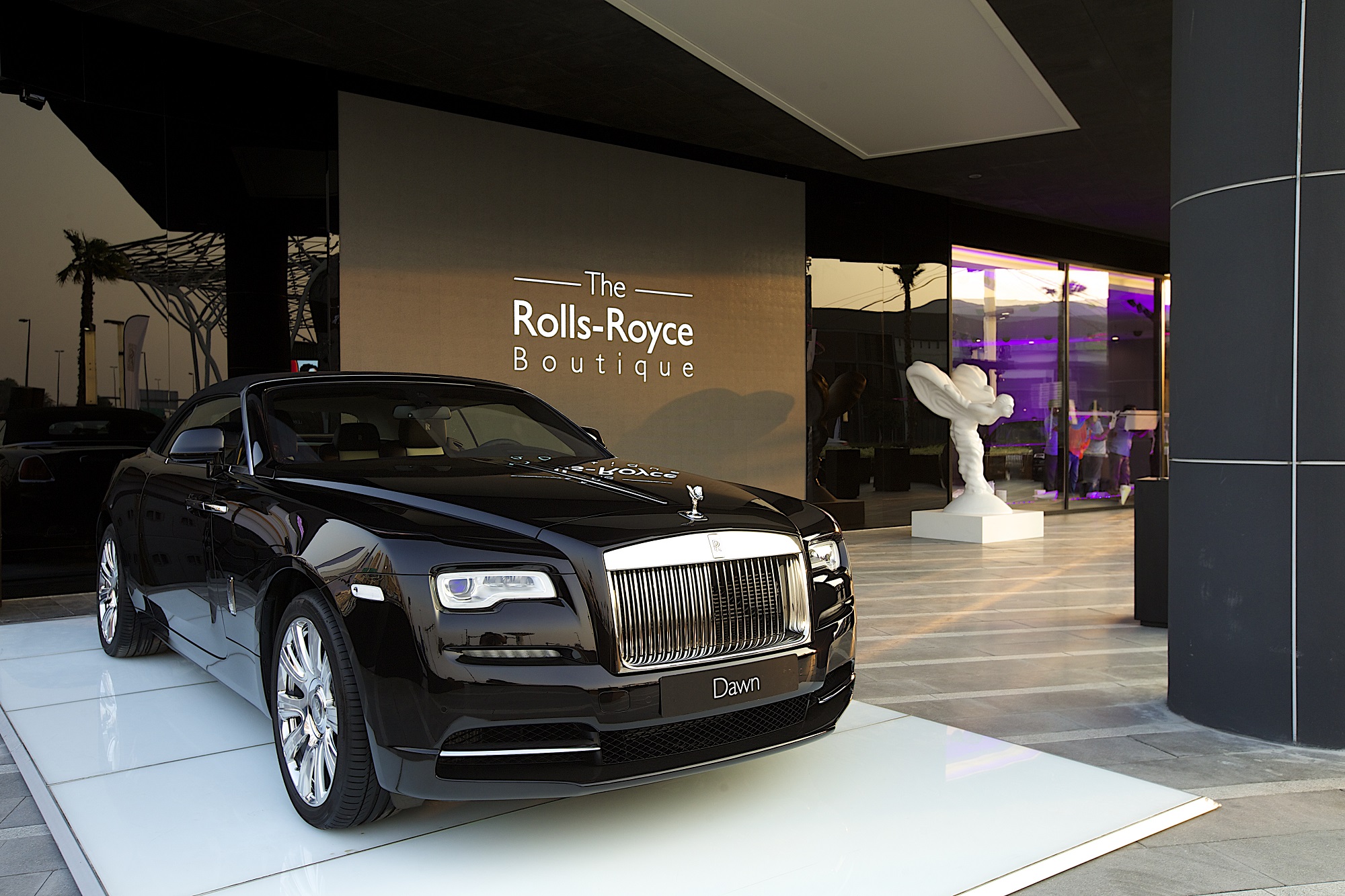 Overcoming strong challenges from dealerships in different parts of the world like Abu Dhabi, Miami, Beverly Hills and London, Rolls-Royce Motor Cars Dubai (AGMC) has been proclaimed as the world’s highest-selling dealer of Rolls-Royce motor cars in 2016. This was officially confirmed after Rolls-Royce released its 2016 sales figures. AGMC managed to take back the top spot with a strong sales performance in spite of a challenging economic climate for the wider region.

AGMC invested heavily in the Rolls-Royce brand last year, launching the first ever ‘Rolls-Royce Boutique’ in the world, a novel concept, in luxury in Dubai’s City Walk in October 2016. The store covers 7,300 sq. ft. and its most distinctive feature is the top-to-bottom vectorized pixel-animation screens on the external windows, which can be seen by passers-by from the road and sidewalk. The Boutique complements the existing flagship AGMC dealership which covers 10,000 sq. ft. and is located on Sheikh Zayed Road. The store has the world’s most advanced Rolls-Royce Aftersales Centre.

Speaking about AGMC’s performance, Mamdouh Khairallah, General Manager of Rolls-Royce Motor Cars AGMC said that Dubai is a city that has developed a reputation for making the impossible a reality, for pioneering new concepts and for competing to be the best. He said AGMC was honoured to contribute to Dubai’s success by becoming the top dealer in the world for Rolls-Royce, in spite of competing against cities which had much bigger populations.

Rolls-Royce Motor Cars attained its second highest ever annual sales results in the 113-year history of the brand, improving its sales by 6 per cent compared to 2015 figures. 4,011 cars were delivered to customers across more than 50 countries, highlighting the strength of the Rolls-Royce brand even in spite of difficult market conditions for luxury goods.

The steady global demand for Rolls-Royce is underpinned by the continued success of the Wraith and Ghost families, which were further enhanced in 2016 with the introduction of their new Black Badge variants. Another major factor keeping sale sup was the launch of the Dawn drophead which entered full production with the strongest pre-order book ever achieved by a new Rolls-Royce model.